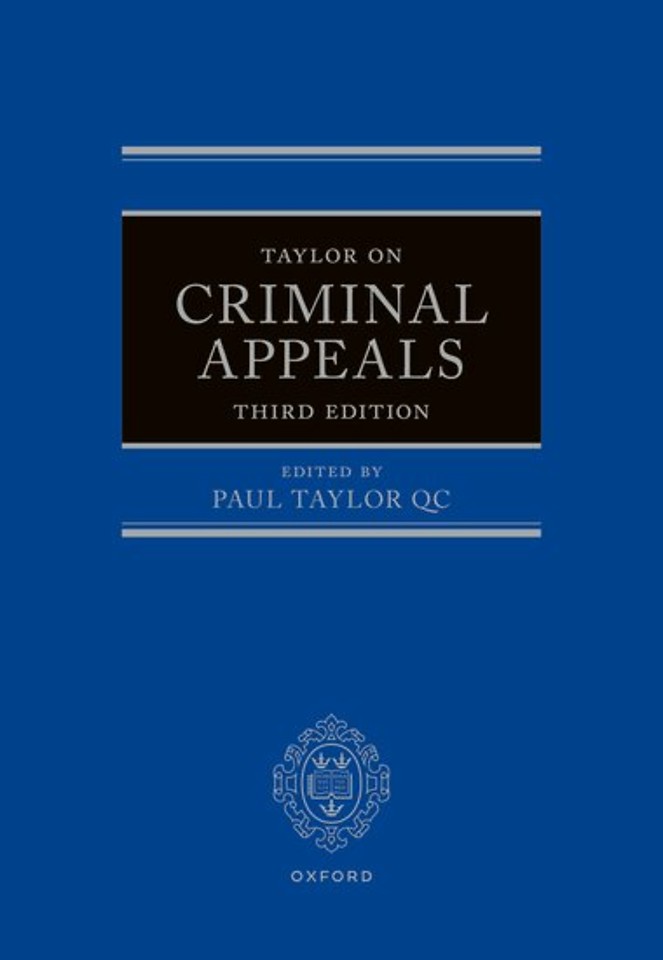 The newest edition of Taylor on Criminal Appeals provides a detailed guide to the practice and procedure with in depth analysis of the various procedural aspects and substantive grounds to challenges the decisions of the criminal courts, both in England and Wales as well as the Privy Council and European Court of Human Rights.

The book addresses the various stages in a potential appeal from identifying grounds and forum for challenge, to setting out the procedure for launching, preparing for, and presenting the appeal. Each chapter contains a detailed analysis of the approach of the appellate courts in specific areas, and flow charts and references to online resources (such as the procedural rules and forms) aimed at assisting the practitioner involved in a criminal appeal, judicial review or case stated at each stage of the proceedings.

The first and second editions have been cited variously in the House of Lords, Judicial Committee of the Privy Council, Court of Appeal (Criminal Division), Court of Appeal in Northern Ireland, Final Court of Appeal in Hong Kong, Court of Appeal of New Zealand, High Court of Fuji, Eastern Caribbean Supreme Court, and Caribbean Court of Justice. Written by specialist practitioners, led by Paul Taylor QC, this edition provides another invaluable practical guidance for use in preparation and in court.