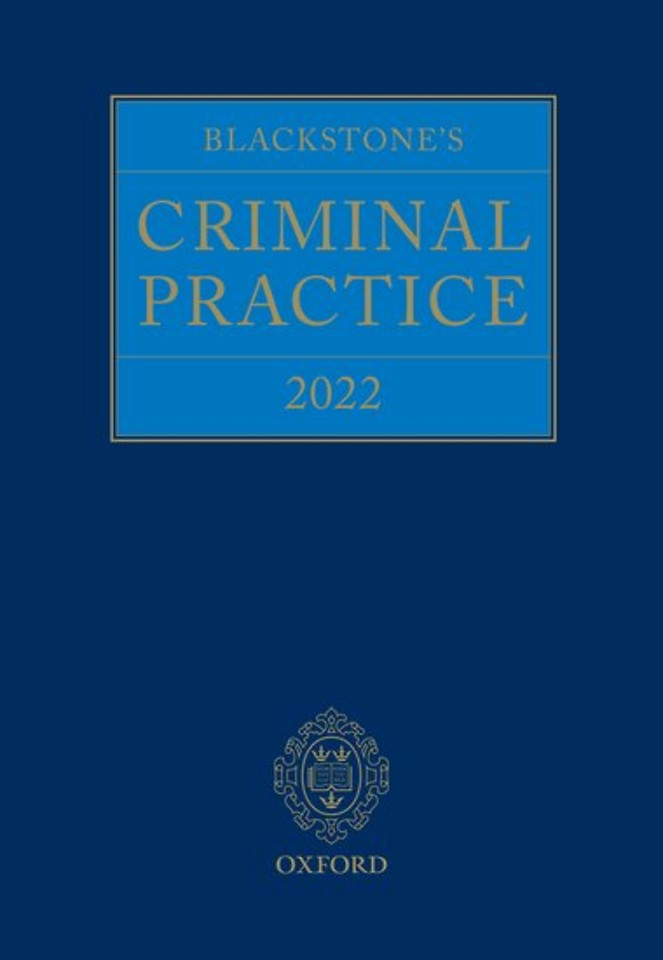 Led by Professor David Ormerod CBE, QC (Hon) and David Perry QC, Blackstone's Criminal Practice brings together an expert team of authors with a commitment to deliver a work which offers the right coverage for criminal practice and authoritative statements of the law in a practical and accessible format. With an accompanying supplement containing essential primary materials and commentary updates throughout the year, and access to regular web updates and the additional analysis provided by Blackstone's Briefing, you can rely on Blackstone's Criminal Practice to be your constant companion.

The 2022 edition has been meticulously revised to provide extensive coverage of all new legislation, case law, Sentencing Guidelines, and Criminal Procedure Rules 2020, and Practice Directions.