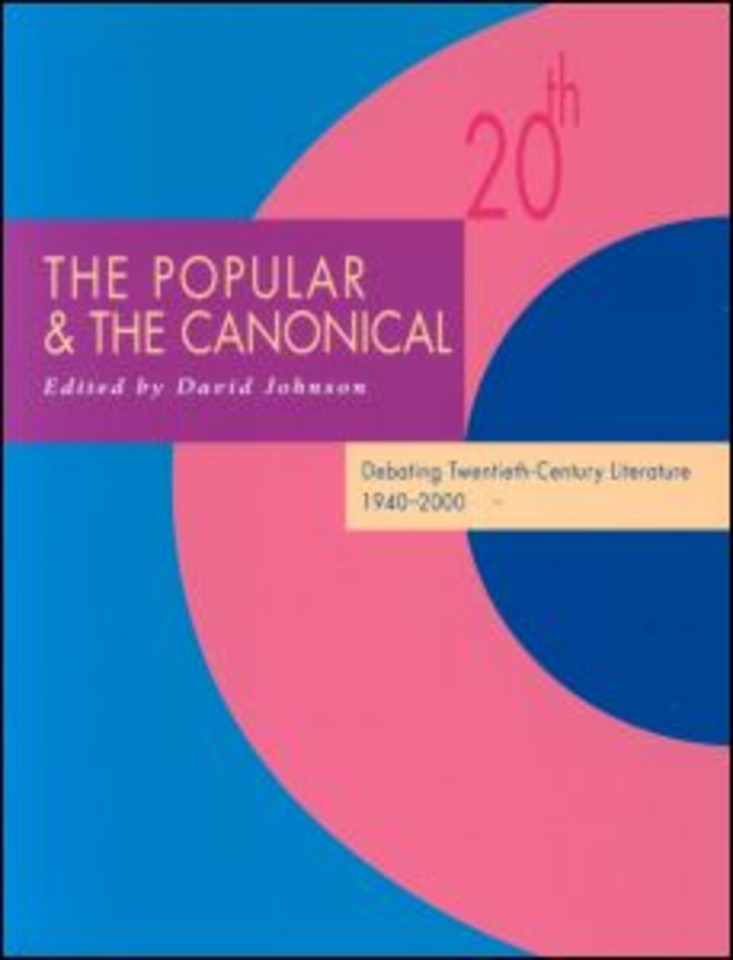 The Popular and the Canonical

This volume ranges from the Second World War to the postmodern, considering issues of the 'popular' and the competing criteria by which literature has been judged in the later twentieth century. As well as tracing the transition from modernism to postmodernism, the authors guide students through debates around the pleasures of the popular and the question of inter-relations between 'mass' and 'high' cultures. Drawing further upon issues of value and function raised in Aestheticism and Modernism: Debating Twentieth-Century Literature 1900–1960, they examine contemporary literary prizes and the activity of judgement involved in English Studies. This text can be used alongside the other books in the series for a complete course on twentieth-century literature, or on its own as essential reading for students of mid to late twentieth-century writing. Texts examined in detail include: du Maurier's Rebecca, poetry by Ginsburg and O'Hara, Dick's Do Androids Dream of Electric Sheep?, Puig's Kiss of the Spiderwoman, Beckett's Waiting for Godot, Heaney's New Selected Poems 1966-1987, Gurnah's Paradise, Barker's The Ghost Road.

The Popular and the Canonical