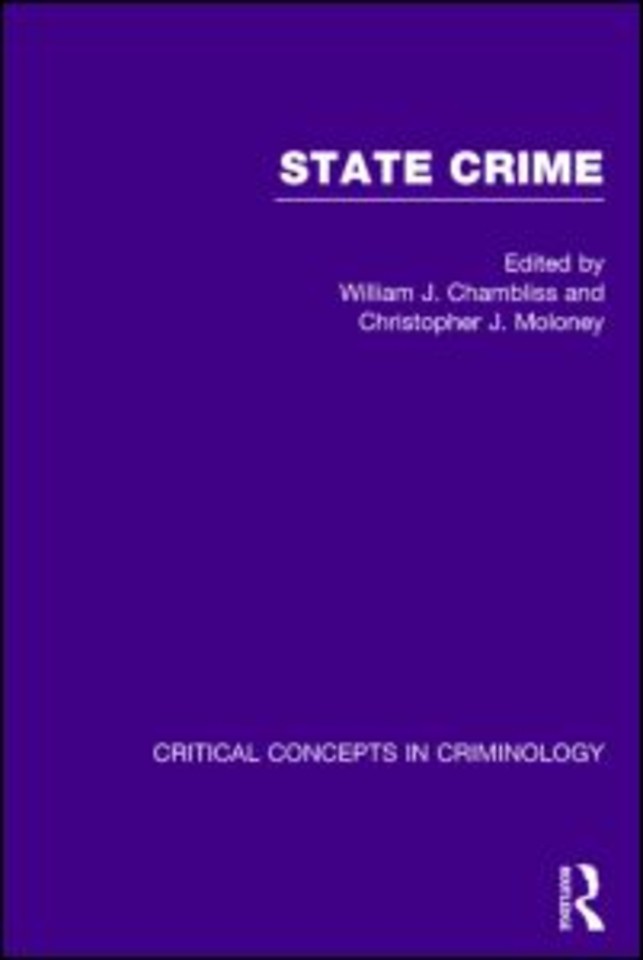 In modern times, the most egregious crimes are undoubtedly those committed, incited, or condoned by states (as well as by de facto authorities exerting political and military control over a substantial territory, such as FARC in Colombia). Indeed, both within and without the academy, there is a growing realization that state criminality is endemic, and acts as a significant barrier to global security and development.

Now, to make some sense of this flourishing site of research, and to understand the wide range of approaches and complex theories that have informed thinking in this area, Routledge announces a new title in its acclaimed Critical Concepts in Criminology series. Edited by leading scholars with an international reputation, State Crime is a definitive, four-volume collection of cutting-edge and foundational research.

genocide and other forms of politically organized mass killing;

crimes of empire and state terror;

This vital Routledge collection brings together the major works on state crime. It will be welcomed not just by criminologists, but also by practising lawyers, philosophers, and thinkers in related disciplines.