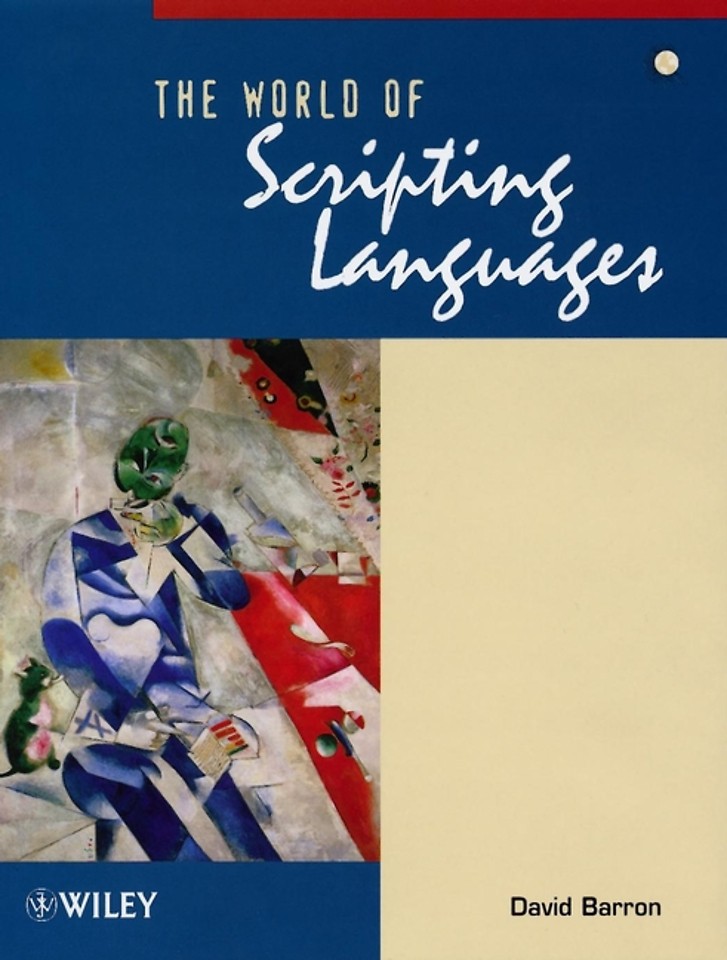 The World of Scripting Languages

Programming Languages/Web Programming The World of Scripting Languages David Barron The explosive growth of Internet applications has seen a corresponding growth in the use and development of scripting languages. Their power and flexibility enables even nonexpert programmers to prototype graphical user interfaces more rapidly, end to develop sophisticated Web–based applications. This book provides an authoritative survey of the most important scripting languages and illustrates their capabilities in a variety of domains. Highlights of the book include

∗ A comparison of Web– and Windows–based languages such as JavaScript, Visual Basic, VBA and VBScript

∗ A survey of approaches to scripting with object models including Web clients and servers, Dynamic HTML and the DOM

∗ A detailed look at scripting in the Microsoft Windows environment, including ActiveX controls, scripting Word and Excel with VBA, and scripting Windows itself with VBScript

The World of Scripting Languages will be an ideal tutorial for Web developers and application programmers wishing to broaden their skill set, and also provides a toolkit of examples for students taking programming languages courses that focus on scripting.

Introduction to Scripts and Scripting.

Getting the Job Done in Perl.

Dynamic HTML and the DOM.

The Windows Script Host and the Script Control.

The World of Scripting Languages