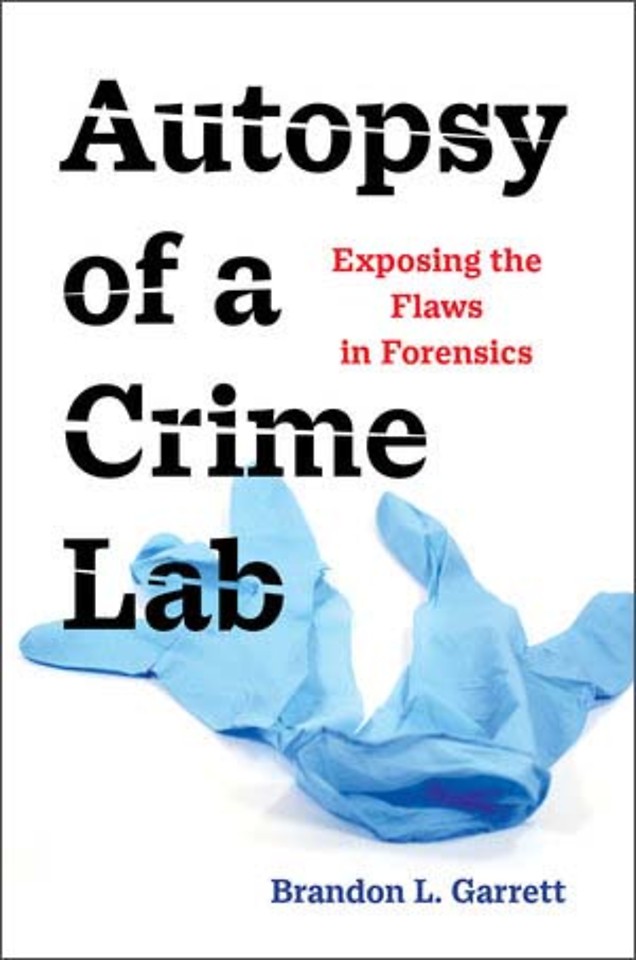 Autopsy of a Crime Lab – Exposing the Flaws in Forensics

This book exposes the dangerously imperfect forensic evidence that we rely on for criminal convictions. "That's not my fingerprint, your honor," said the defendant, after FBI experts reported a "100-percent identification." They were wrong. It is shocking how often they are.

'Autopsy of a Crime Lab' is the first book to catalog the sources of error and the faulty science behind a range of well-known forensic evidence, from fingerprints and firearms to forensic algorithms. In this devastating forensic takedown, noted legal expert Brandon L. Garrett poses the questions that should be asked in courtrooms every day: Where are the studies that validate the basic premises of widely accepted techniques such as fingerprinting? How can experts testify with 100 percent certainty about a fingerprint, when there is no such thing as a 100 percent match? Where is the quality control in the laboratories and at the crime scenes? Should we so readily adopt powerful new technologies like facial recognition software and rapid DNA machines?

And why have judges been so reluctant to consider the weaknesses of so many long-accepted methods?Taking us into the lives of the wrongfully convicted or nearly convicted, into crime labs rocked by scandal, and onto the front lines of promising reform efforts driven by professionals and researchers alike, Autopsy of a Crime Lab illustrates the persistence and perniciousness of shaky science and its well-meaning practitioners.

Autopsy of a Crime Lab – Exposing the Flaws in Forensics