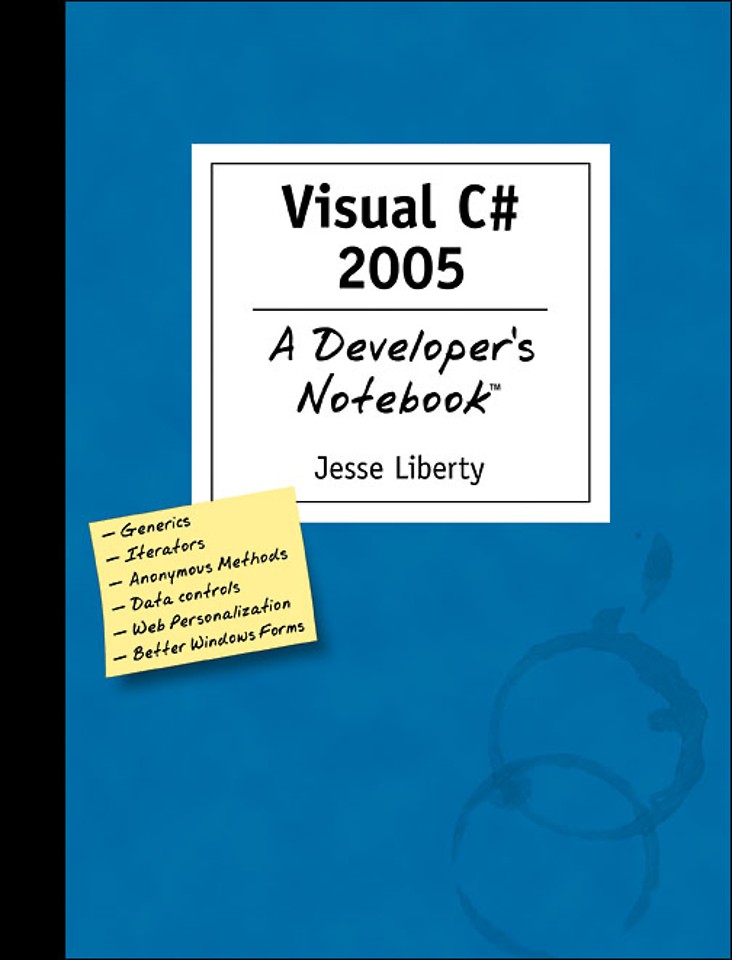 Jesse Liberty, "Silverlight Geek", is a senior program manager for Microsoft Silverlight in the Silverlight Development Division where he is responsible for the creation of tutorials, videos and other content to facilitate the learning and use of Silverlight.

In the three years since Microsoft made C# available, there have been lots of tweaks to the language. That's because C# is not only essential for making .NET work, it's a big way for Microsoft to attract millions of Java, C and C++ developers to the platform. And C# has definitely made some inroads. Because of its popularity among developers, the language received standardization from ECMA International, making it possible to port C# applications to other platforms.

To bolster its appeal, C# 2.0 has undergone some key changes as part of Visual Studio 2005 that will make development with .NET quicker and easier. The updated IDE is not due for official release until summer, but the C# 2.0 beta is available for those who want to take it for a spin and get up to speed.

That's precisely what 'Visual C# 2005: A Developer's Notebook' allows you to do. There are some great new features in C# and this unique 'all lab, no lecture' guide covers them all with 50 hands-on projects. Each project explores a new feature, with emphasis on changes that increase productivity, simplify programming tasks, and add functionality to applications.

C#'s component-based design combines the productivity of Microsoft's popular Visual Basic with the raw power of C++ for web-based applications. Many reviewers note a similarity between C# and Java--in fact, a new feature that took the Java development team five years to incorporate into Java is now available in C# 2.0. Called "generics", this feature enables developers to reuse and customize their existing code, so they can dramatically cut down the time it takes to develop new applications.

'Visual C# 2005: A Developer's Notebook' is full of no-nonsense code without the usual page-filling commentary. You'll find suggestions for further experimentation, links to on-line documentation, plus practical notes and warnings. The book also tells developers how to acquire, install and configure Visual Studio .NET 2005. Are you a coder to the core? Learn what C# 2.0 can do for you now.

Jesse Liberty, "Silverlight Geek", is a senior program manager for Microsoft Silverlight in the Silverlight Development Division where he is responsible for the creation of tutorials, videos and other content to facilitate the learning and use of Silverlight. Even before joining Microsoft, Jesse was well known in the industry in part because of his many bestselling books, including O'Reilly Media's Programming .NET 3.5, Programming C# 3.0, Learning ASP.NET with AJAX and the soon to be published Programming Silverlight. He has over two decades experience writing software, consulting and training, with stints as at AT&T as a Distinguished Software Engineer and at Citibank as a Vice President in the Information Division.