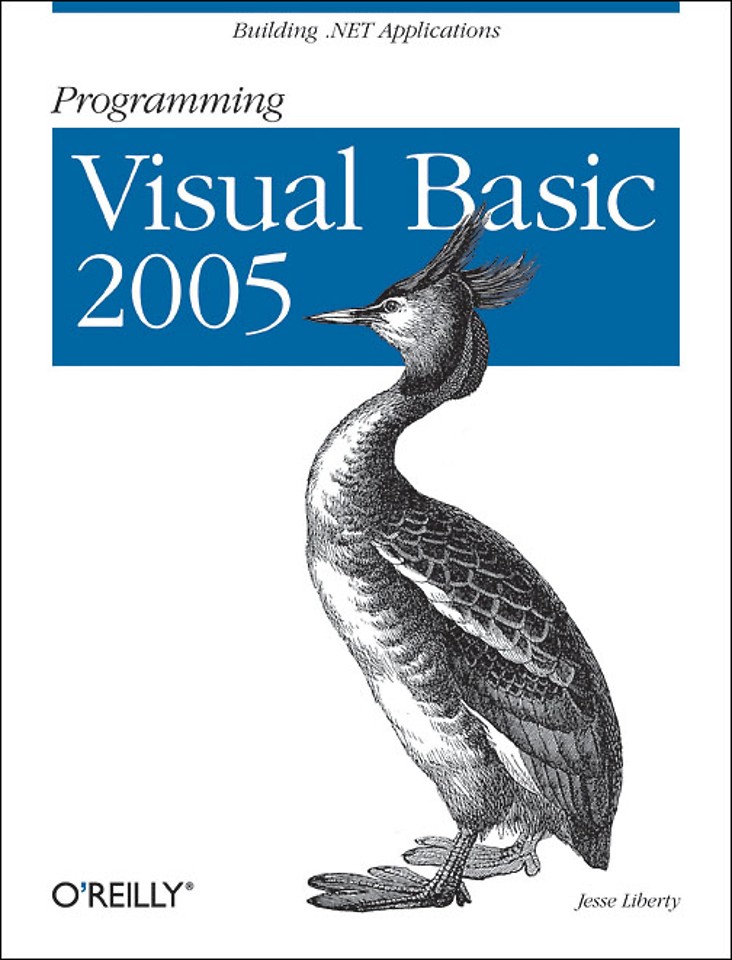 Jesse Liberty, "Silverlight Geek", is a senior program manager for Microsoft Silverlight in the Silverlight Development Division where he is responsible for the creation of tutorials, videos and other content to facilitate the learning and use of Silverlight.

This newest programming guide by bestselling author Jesse Liberty isn't your typical Visual Basic book. It's not a primer on the language, and it won't dull your brain with arguments hyping .NET either. Its goal, rather, is to make you immediately productive, creating Windows and Web applications using Visual Basic and its associated tools.

Written for experienced Visual Basic programmers (from either a VB6 or VB .NET background), the book shows how Visual Basic 2005 can be used to rapidly build modern web applications and new 'Smart Client' applications, which combine the power of individual computers with network data resources to deliver a rich interactive experience. You'll also learn the details of building robust object-oriented applications, and a host of especially dangerous pitfalls to avoid when programming with Visual Basic 2005.

What makes this book different is what's not included. There's no introduction to Visual Basic, no explanation of how it fits into the .NET world. Why waste time reading about something you'll learn for yourself as soon as you start creating applications? You won't even write a 'Hello World' program. With Jesse Liberty, you'll get started building something useful.

The book is divided into three separate parts-Building Windows Applications, Building Web Applications, and Programming with Visual Basic--each of which could be a book on its own. The author shares his thorough understanding of the subject matter through lucid explanations and intelligently designed lessons that guide you to increasing levels of expertise. By the time you've finished the book, you'll know how to program with VB 2005.

Jesse Liberty's books have successfully guided thousands of programmers into the world of .NET programming, and Programming Visual Basic 2005 will be no exception. This book is sure to become a key component in the libraries of .NET developers.

Jesse Liberty, "Silverlight Geek", is a senior program manager for Microsoft Silverlight in the Silverlight Development Division where he is responsible for the creation of tutorials, videos and other content to facilitate the learning and use of Silverlight. Even before joining Microsoft, Jesse was well known in the industry in part because of his many bestselling books, including O'Reilly Media's Programming .NET 3.5, Programming C# 3.0, Learning ASP.NET with AJAX and the soon to be published Programming Silverlight. He has over two decades experience writing software, consulting and training, with stints as at AT&T as a Distinguished Software Engineer and at Citibank as a Vice President in the Information Division.