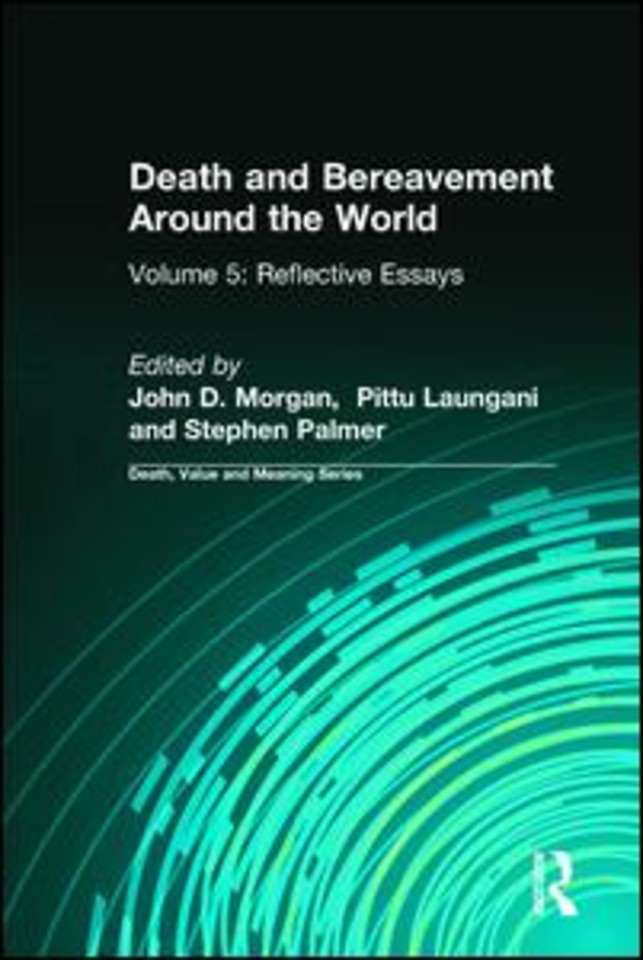 This final volume of ""Death and Bereavement Around the World"" reflects on some major themes: death and after-life, religion and spirituality, rites and rituals, secularist approaches, cultural variations, suicide, and other issues. The first few chapters describe progress in end-of-life care, including some new tools to evaluate hospice care (chapter 1); what children know, when they know it, and how parents can respond to questions, with some guidelines for support by schools (chapter 2); the importance of ritual (chapter 3); and, gender differences in death customs around the world (chapter 4).The transcript of a 1997 interview of John (Jack) Morgan by Pittu Laungani is presented as chapter 5. The following chapters discuss death systems and suicide (chapter 6); HIV/AIDS, including the role of cultural and economic factors in the spread of the disease (chapter 7); and grief and bereavement in the developing world, taking the AIDS pandemic as a specific challenge (chapter 8). Chapter 9 covers issues related to dying and death in Romania. In chapter 10 the focus is on the various functions and uses of names in a cross-cultural context. Roadside memorials as a pivotal healing strategy are the topic of chapter 11. Chapters 12 and 13 focus on spiritual experience with loss.The final chapter presents some conclusions, and in the Epilogue, Mary Ann Morgan honors the life, career, dying, death, and achievements of John (Jack) Morgan. The 'Final Word' includes the words of Pittu Laungani, from a book published just weeks before his death in February 2007.This work is for anyone interested in or working in death and bereavement issues, particularly academics, educators, librarians, chaplains, clergy, funeral service directors, hospice care providers and volunteers, palliative care providers, nurses, immigration officers, psychologists, social workers, psychotherapists, and counselors, especially bereavement counselors.