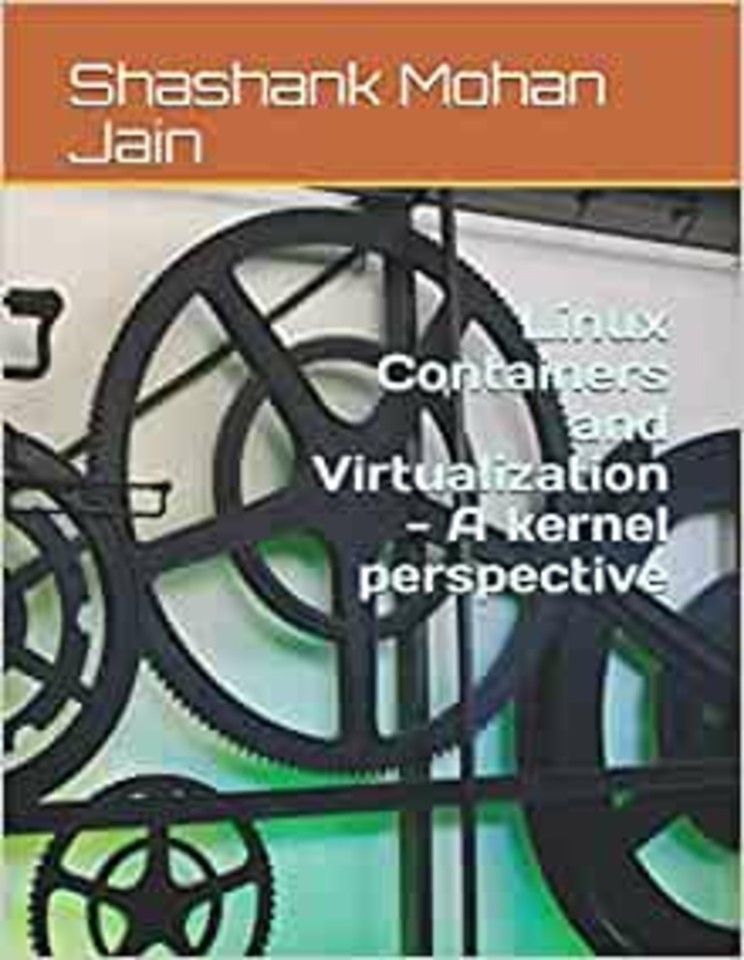 The different data structures within the Linux Kernel which facilitate this form of virtualization are discussed . It entails the 3 pillars of containerization namely namespaces, cgroups and layered filesystem. The book goes into details of how namespaces are realized within the linux kernel and which data structures help in providing this isolation. Then the book talks about cgroups are realized within kernel with example of couple of cgroup controllers. It covers how layered filessystem is created and whats its purpose with examples. Once the conceptual understanding is developed, the book moves on to explanation of how one can create their own container.

The book then covers in depth with examples on how various namespaces are realized with explanation of individual namespaces like pid, usernamespace and in particular the network namespace. Finally a user can see his own container working with all the namespaces and packet flow happening between host and container. The book finally covers code to create own cgroups within the container and takes some example to apply cgroups within your own container runtime.

The basic theme of the book is to give the user an idea of how virtualization is being done in cloud today and what all options exist for the same. The book then details out how container eco systems work today and finally peels the different layers of containers and enables user to create his own container runtime like Docker.