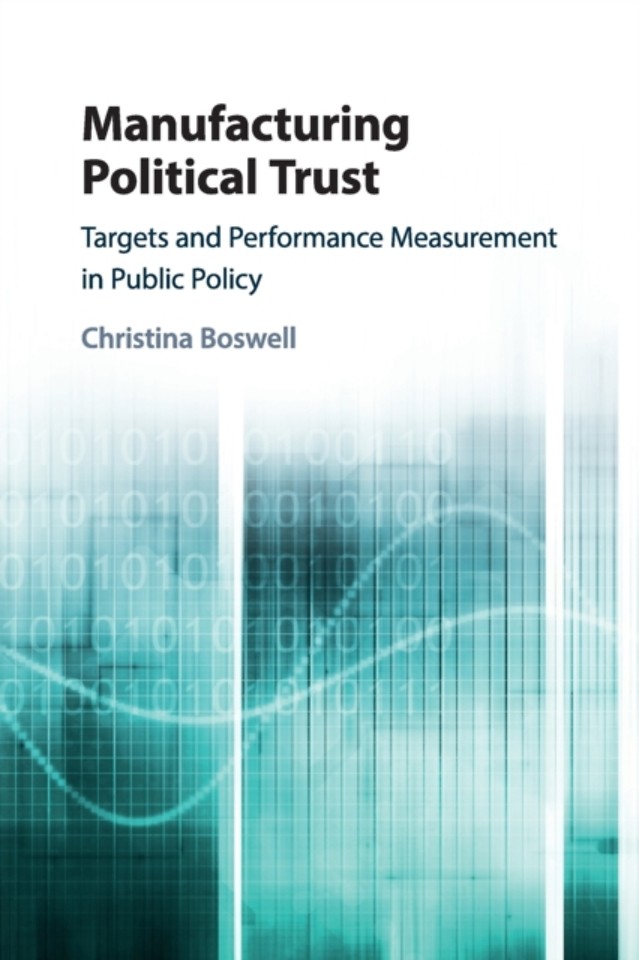 Measurement and targets have been widely criticised as distorting policy and engendering gaming - yet they continue to be widely used in government. This book offers an original new account explaining the persistent appeal of performance measurement. It argues that targets have been adopted to address a crisis of trust in politics, through creating more robust mechanisms of accountability and monitoring.

The book shows that such tools rarely have their intended effect. Through an in-depth analysis of UK targets on immigration and asylum since 2000, it shows that far from shoring up trust, targets have engendered cynicism and distrust in government. Moreover, they have encouraged intrusive forms of monitoring and reform in public administration, with damaging consequences for trust between politicians and civil servants. Despite these problems, performance measurement has now become embedded in techniques of public management.

It has also become normalised as a way of framing policy problems and responses. Thus despite their acknowledged problems, targets are likely to retain their allure as techniques of political communication and governance.

1. Performance measurement and the production of trust
2. The problem of political trust
3. The double life of targets
4. Monitoring public administration
5. Information and trust
6. Public trust in targets
7. Targets and issue definition
8. After performance measurement?