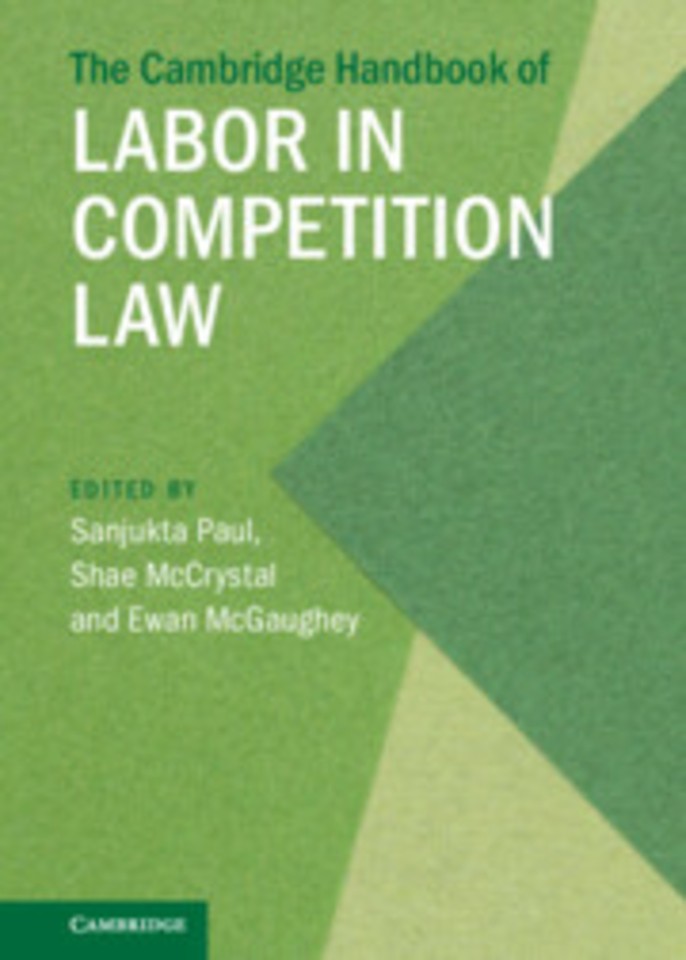 The Cambridge Handbook of Labor in Competition Law

As scholars and policymakers around the world seek a systematic approach to the question of 'gig work,' one of its regulatory dimensions – the intersection of labor and competition law – points toward a deeper reconceptualization of the conventional legal and economic categories typically brought to bear upon it. A comparative approach to the question of gig work further reveals the variety and contingency of background assumptions that are often overlooked in the context of domestic policy debates. By combining a detailed comparative doctrinal survey of the regulation of non-employee workers in domestic competition law systems with a set of essays reframing the underlying questions raised – in terms of international legal frameworks, freedom of association norms, alternative approaches to law and economics, and more – The Cambridge Handbook of Labor in Competition Law moves the debates over the fissured workplace and the labor – competition law intersection forward in novel ways.

The Cambridge Handbook of Labor in Competition Law