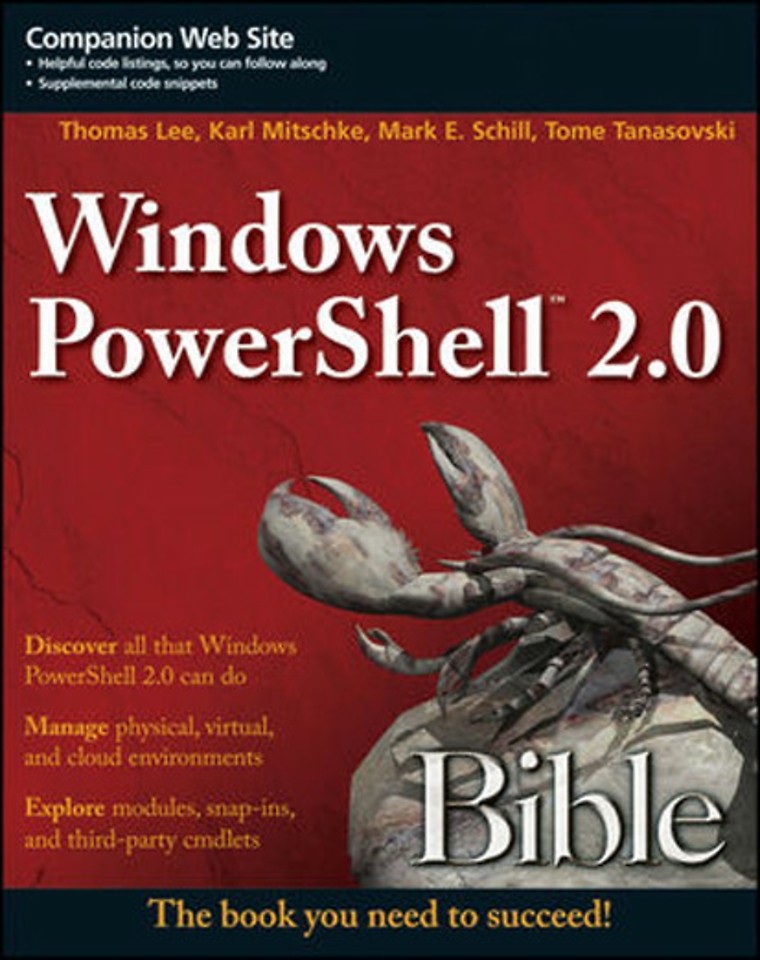 Thomas Lee is a writer, trainer, and consultant living in the UK. A veteran MVP, Thomas today specializes in PowerShell, OCS/Lync, and Windows.

Karl Mitschke is a systems engineer for the state of Montana. His focus is Microsoft Exchange administration, with an emphasis on Windows PowerShell.

Mark E. Schill is the President of the Atlanta PowerShell User group and maintains the powershellgroup.org site. He specializes in Citrix environments and task automation.