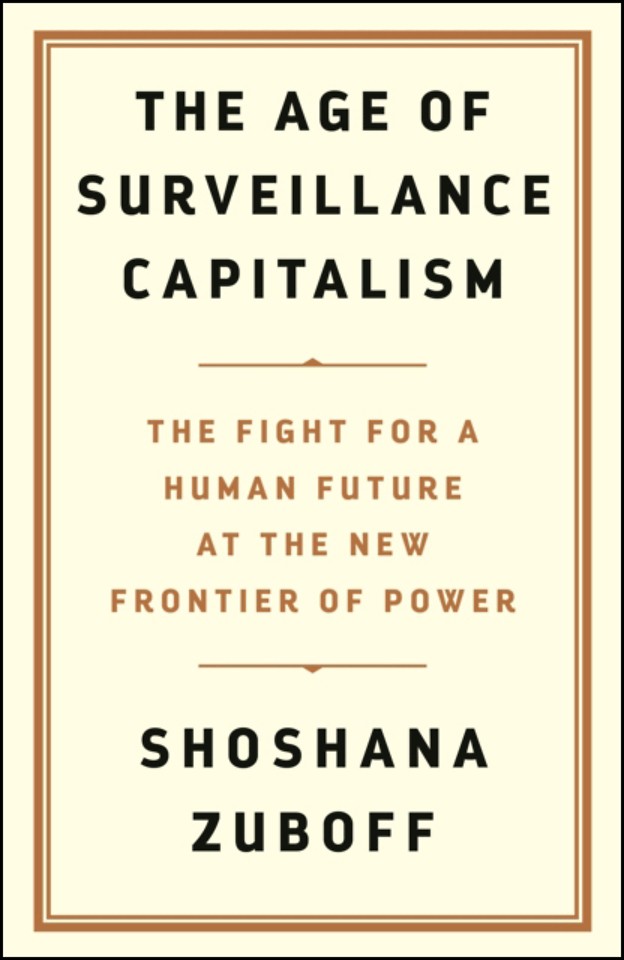 Shoshana Zuboff has been called 'the true prophet of the information age' by the Financial Times for her ground-breaking book, 'In the Age of the Smart Machine'.

The Age of Surveillance Capitalism

"Everyone needs to read this book as an act of digital self-defense." - Naomi Klein, author of This Changes Everything, Shock Doctrine and No Logo, and Gloria Steinem Chair in Media, Culture, and Feminist Studies at Rutgers University

"No zippy one-liners from me, except to almost literally beg you to read/ingest this book" - Tom Peters author of In Search of Excellence

The challenges to humanity posed by the digital future, the first detailed examination of the unprecedented form of power called "surveillance capitalism," and the quest by powerful corporations to predict and control us. The heady optimism that defined the Internet's early days is gone. Technologies that were meant to liberate us have deepened inequality and stoked divisions.

Tech companies gather our information online and sell it to the highest bidder, whether government or retailer. Profits now depend not only on predicting our behaviour but modifying it too. How will this fusion of capitalism and the digital shape our values and define our future? Shoshana Zuboff shows that we are at a crossroads.

We still have the power to decide what kind of world we want to live in, and what we decide now will shape the rest of the century. Our choices: allow technology to enrich the few and impoverish the many, or harness it and distribute its benefits. The Age of Surveillance Capitalism is a deeply-reasoned examination of the threat of unprecedented power free from democratic oversight.

As it explores this new capitalism's impact on society, politics, business, and technology, it exposes the struggles that will decide both the next chapter of capitalism and the meaning of information civilization. Most critically, it shows how we can protect ourselves and our communities and ensure we are the masters of the digital rather than its slaves.

'From the very first page I was consumed with an overwhelming imperative: everyone needs to read this book as act of digital self-defense. With tremendous lucidity and moral courage, Zuboff demonstrates not only how our minds are being mined for data but also how they are being rapidly and radically changed in the process. The hour is late and much has been lost already - but as we learn in these indispensable pages, there is still hope for emancipation' - Naomi Klein

'A chilling exposé of the business model that underpins the digital world ... a striking and illuminating book. A fellow reader remarked to me that it reminded him of Thomas Piketty's magnum opus, Capital in the Twenty-First Century, in that it opens one's eyes to things we ought to have noticed, but hadn't' - John Naughton, The Observer

Shoshana Zuboff has been called 'the true prophet of the information age' by the Financial Times for her ground-breaking book, 'In the Age of the Smart Machine'. She is now the Charles Edward Wilson Professor Emerita at Harvard Business School as well as Faculty Associate at the Berkman Center for Internet and Society at Harvard Law School. In 2006, strategy+business magazine named her one of the eleven most original business thinkers in the world.

1 Home or Exile in the Digital Future 3

Part II: The Advance of Surveillance Capitalism
7 The Reality Business 199
8 Rendition: From Experience to Data 233
9 Rendition from the Depths 255
10 Make Them Dance 293
11 The Right to the Future Tense 329

The Age of Surveillance Capitalism