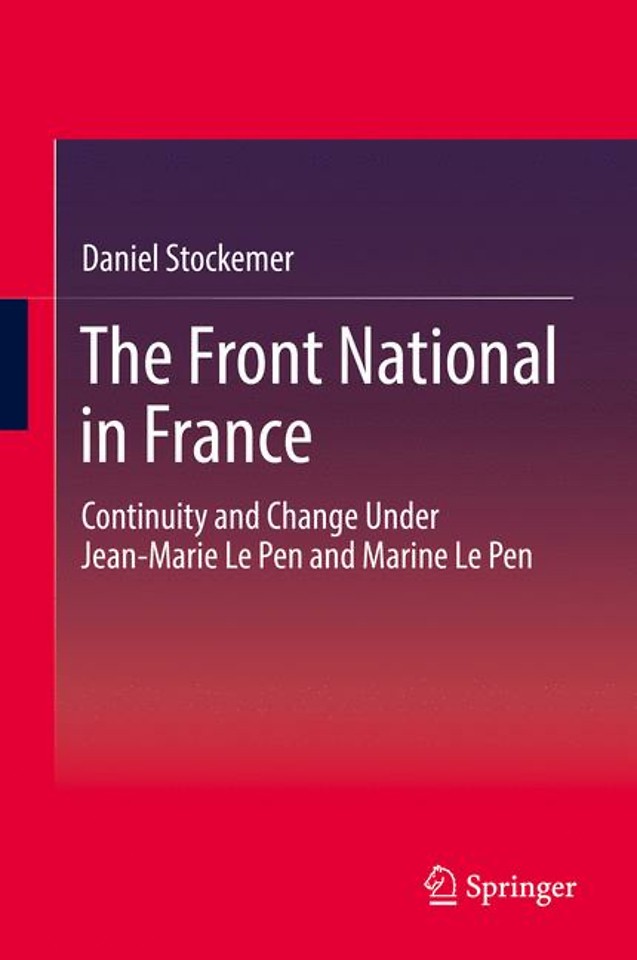 The Front National in France

In light of the transformation of the Front National (FN) to a major player in French politics, this book examines how the unprecedented boost in positive opinions towards the FN as well as its increasing membership and electoral success have been possible.

Using a supply and demand framework and a mixed methods approach, the author investigates the development of the FN and compares the “new” FN under Marine Le Pen with the “old” FN under Jean-Marie Le Pen across 4 dimensions: (1) the party’s ideology, (2) the leadership styles of the two leaders including the composition of the party elites and the leaders’/ parties’ relationship with the media, (3) the party members and (4) the party voters.

It appeals to scholars interested in the study of radical right-wing movements and parties as well as to anybody interested in French politics.

The Front National in France