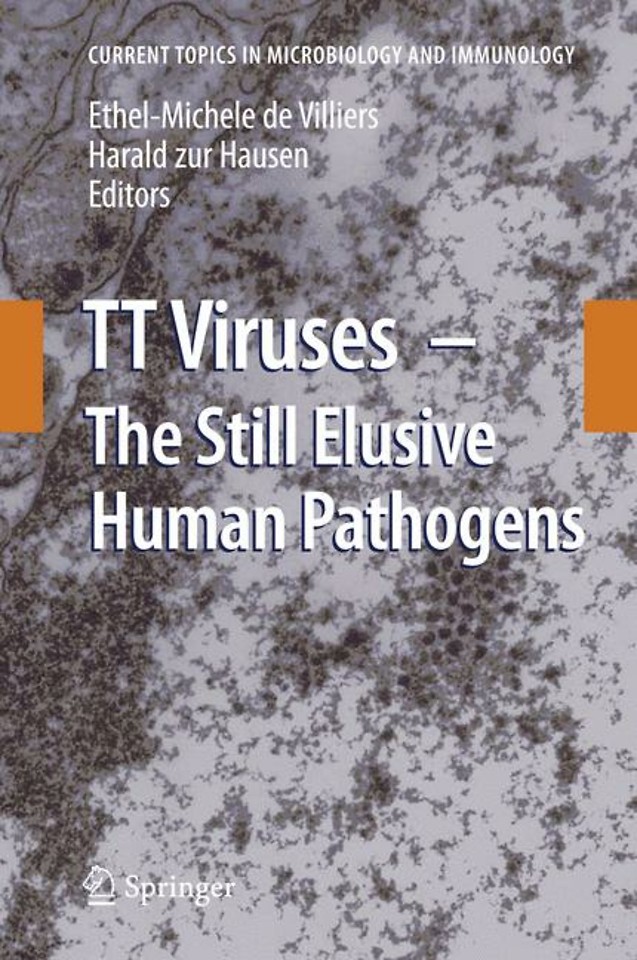 Eleven years ago the circular DNA of a novel single-stranded virus has been cloned and partially characterized by Nishizawa and Okamoto and their colleagues. According to the initials of the patient from whom the isolate originated, the virus was named TT virus. This name has been subsequently changed by the International Committee on Taxonomy of Viruses (ICTV) into Torque teno virus, permitting the further use of the abbreviation TTV. Although initially suspected to play a role in non A –E hepatitis, subsequent studies failed to support this notion.

Within a remarkably short period of time it became clear that TT viruses are widely spread globally, infect a large proportion of all human populations studied thus far and represent an extremely heterogeneous group of viruses, now labelled as Anelloviruses. TT virus-like infections have also been noted in various animal species. The classification of this virus group turns out to be difficult, their DNA contains between 2200 and 3800 nucleotides, related so-called TT-mini-viruses and a substantial proportion of intragenomic recombinants further complicate attempts to combine these viruses into a unifying phylogenetic concept.