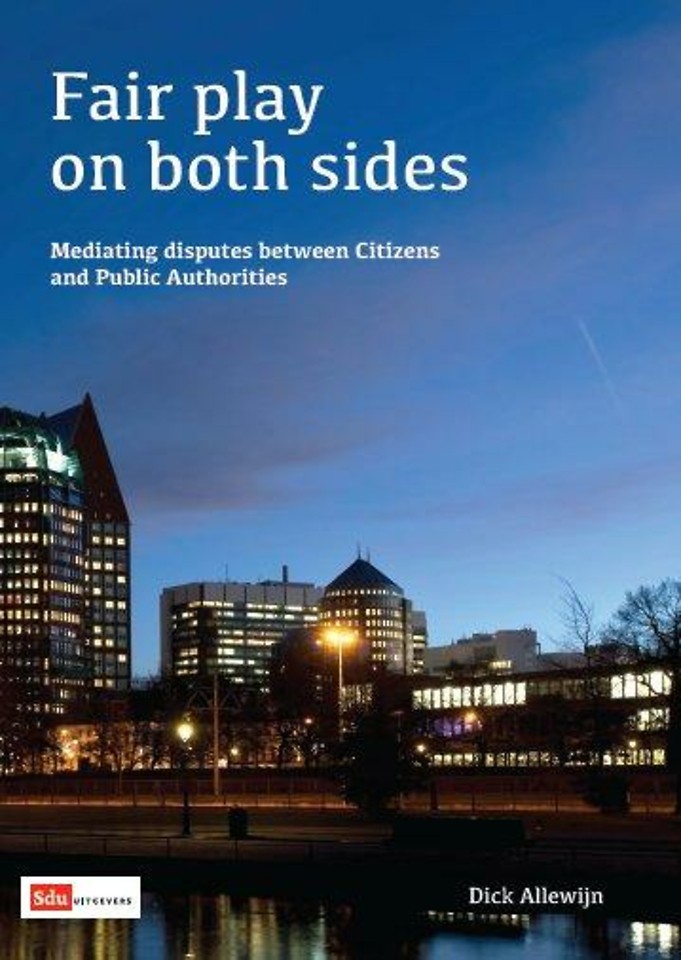 Fair play on both sides

This book was written primarily for mediators who meet public authorities at their negotiating table. But other professionals will find it useful as well: public sector officials who want to hone their conflict management skills, legal counsels, managers who have to regulate conflict-management procedures in their own organization, and the various people who refer cases for mediation such as administrative judges, chairs of appeal boards, and complaint handlers. And, last but certainly not least, citizens who feel frustrated by the bureaucratic procedures in government agencies and want to do battle with them. Hopefully, they too will realize the benefits that can be gained by 'fair play on both sides'.

National Ombudsman Alex Brenninkmeijer says in his foreword to the first edition: "This book is not only new for Dutch readers, it is a 'first' internationally as well. I know of no other book in mediation literature - not even from the US - that connects such an in-depth exploration of the relationship between public authorities and citizens with the management of conflicts. This book will give strong encouragement to the use of mediation in these kinds of disputes".
Thanks to this English translation the ideas in this book can now be shared with non-Dutch readers.

Fair play on both sides