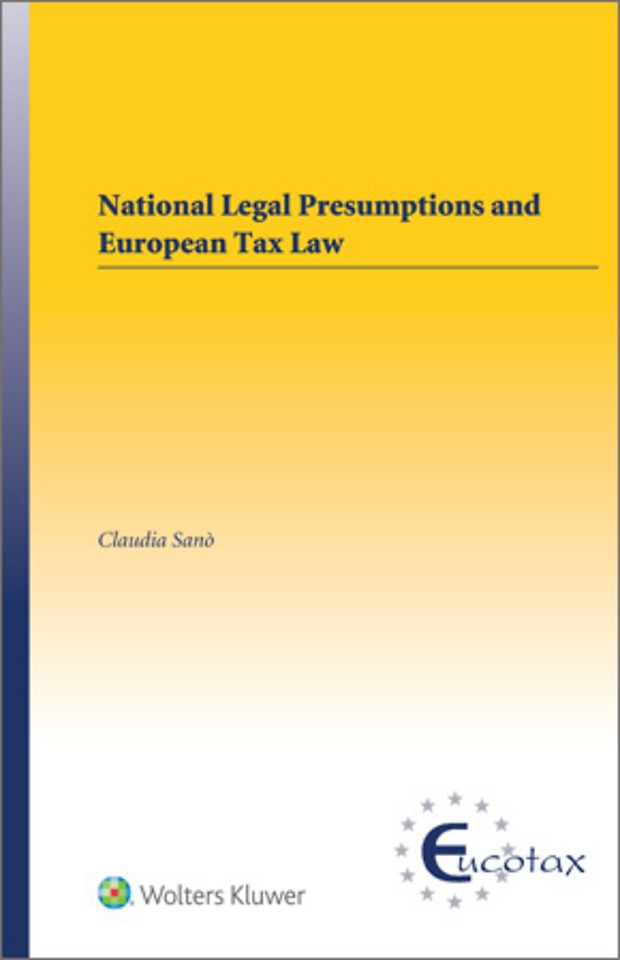 National Legal Presumptions and European Tax Law is a unique analysis of a complex issue in European tax law. Determining the burden of proof in tax law cases is what contributes most to the cases’ outcome. Legal presumptions – those inferences that are laid down in the law rather than being the result of the court’s reasoning – play a critical role in such determinations. This book uncovers the details of such presumptions which are shared among European tax law systems, thus revealing a remarkably clear path through the course of a tax law case in any Member State in the context of EU law.

Referring to both legal theory and relevant case laws, the author assesses whether and to what extent national legal presumptions may be deemed to be consistent with EU law, and when this is not the case, under which conditions they may be reconciled. The analysis unfolds along such avenues as the following:
-the meaning of legal presumption as developed by legal theory and authoritative academic literature;
-special considerations regarding presumptions in customs law, VAT, and direct taxation (harmonized and unharmonized);
-how tax authorities use presumptions to simplify the assessment of tax and tackle tax avoidance or evasion, particularly in cross-border situations;
-justifications asserted by the Member States in relation to restrictions on fundamental freedoms; and
-standards of compatibility for national legal presumptions with EU law resulting from CJEU case law.

With reference to national experience, using Italy and Belgium as specific examples, the analysis culminates in an elaboration of criteria for legal presumptions capable of meeting the test of compatibility with EU law.

As an in-depth investigation of possible inconsistencies and conditions for the coexistence of EU and Member State tax law, this book will be welcomed by both taxation authority officials and taxpayer counsel. The understanding it imparts on the actual impact of EU law on the recourse to legal presumptions by national tax legislatures and the protection of European taxpayers are unsurpassed. Thus, this book aids practitioners to approach confidently any national legal presumption in areas covered by EU law with the tools for detecting possible conflicts and identifying possible solutions.

CHAPTER 1
Introduction: The Concept of Legal Presumption in the Perspective of EU Tax Law