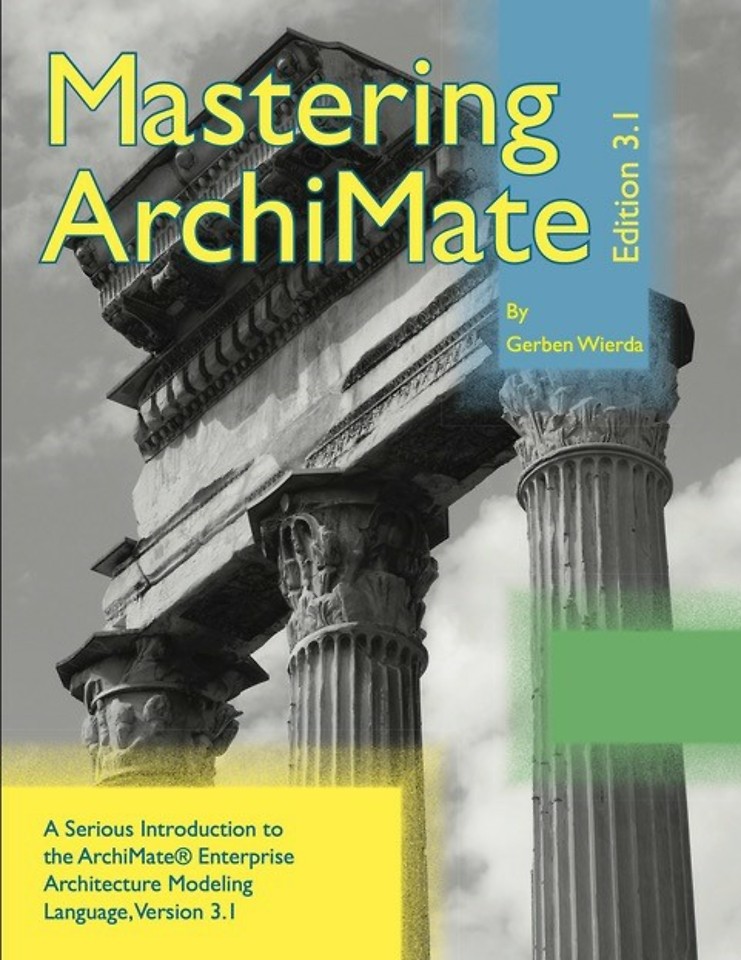 Gerben Wierda (1961) is author of Chess and the Art of Enterprise Architecture, and is Team Coordinator Architecture & Design at APG, one of the largest Fiduciary Managers in the world.

Mastering ArchiMate Edition 3.1 is the fourth edition of a much praised book about the ArchiMate(R) Enterprise Architecture Modeling Language, which is a standard and a Registered Trade Mark of The Open Group. The book gives an introduction to the language, then goes on to show you key aspects of successful modeling, and many different patterns for its use. From Business to Infrastructure, from Risk & Security to Application Exploitation and Maintenance.

While the aim of the book is to teach the language, it often also offers necessary background, so that the patterns can make sense to the reader not familiar with a subject. Thus, it also contains introductions to subjects such as virtualization, bitcoin/blockchain, infrastructure as code, processes versus functions, SOA/API, ESB, Terminal Services, etc. It also contains a short introduction to BPMN(TM) in order to describe a linking of both major languages.

Gerben Wierda (1961) is author of Chess and the Art of Enterprise Architecture, and is Team Coordinator Architecture & Design at APG, one of the largest Fiduciary Managers in the world. Before, he was Lead Architect of the Judiciary of The Netherlands, and Lead Architect of APG Asset Management. He has overseen the construction of one of the largest single ArchiMate models in the world to date. He holds an M.Sc. in Physics from the University of Groningen and an MBA from RSM Erasmus, Rotterdam.