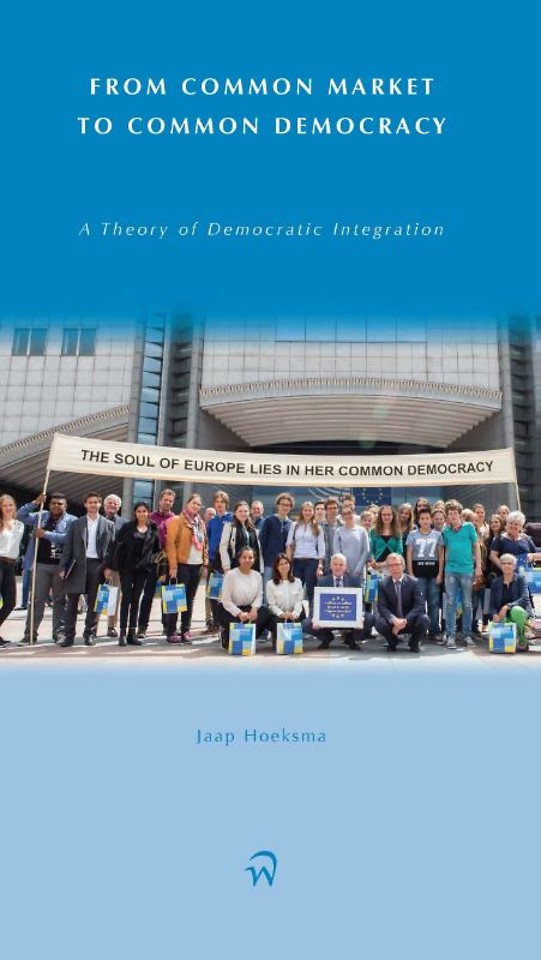 From common market to common democracy

A theory of democratic integration

Since its foundation in 1992 the EU has been developing from an international organisation towards a European democracy. The Maastricht Treaty introduced the citizenship of the Union, while the Treaty of Amsterdam included the concept of democracy in the core values of the EU and 'Lisbon' construed the European Union as a democracy without turning the Union into a State. This development has not been foreseen by politicians and scholars. According to the prevailing theories the EU should have become either a sovereign State of Europe or a Europe of sovereign States. The theory of democratic integration, which is presented in this monograph, replaces the outdated paradigm of the Westphalian system of international relations with the civic perspective of democracy and the rule of law. From this angle, it seems obvious that, if two or more democratic states decide to share the exercise of sovereignty in a number of fields with the view to attain common goals, the organisation they establish for this purpose should be democratic too. The theory of democratic integration allows for the development of the EU to be summarised in the maxim that the Union is evolving from a Common Market to a Common Democracy.

'Hoeksma reveals as false the widespread belief that a monetary union without a state is not viable'.
Yves Mersch, Member of the Executive Board of the European Central Bank

'..encourages all Europeans to participate in the Union's democratic life'.
Martin Schulz, President of the European Parliament

'The theory of democratic integration provides the EU with a model of thinking, within which the Union can evolve from a common market towards a common democracy'.
Internationale Spectator

From common market to common democracy