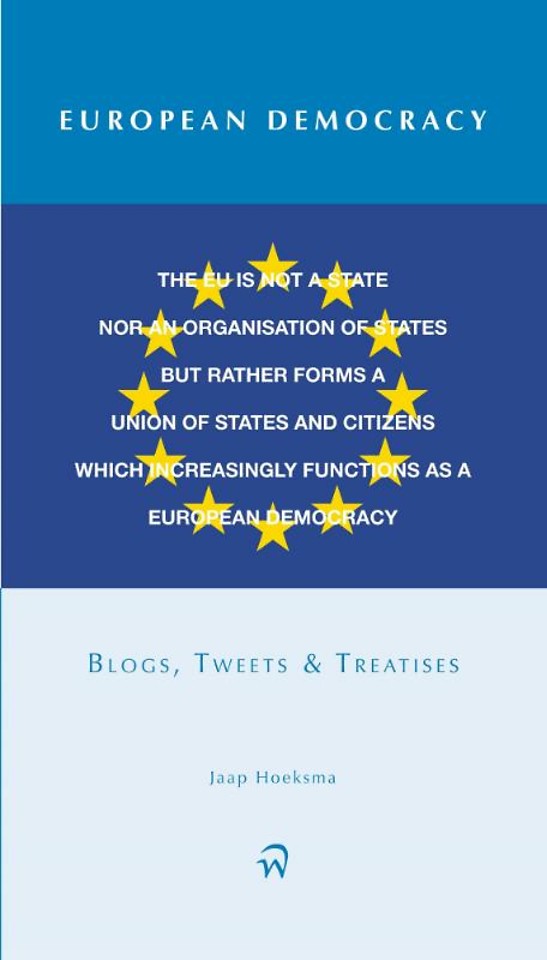 European Democracy is a new concept, which requires an own and distinct political philosophy. The Theory of Democratic Integration informs the functioning of the EU as a European democracy. It introduces the primary principle of transnational democracy, which holds that, if two or more democratic states agree to share the exercise of sovereignty in a number of fields with a view to attain common goals, their organisation should be democratic too.

The Theory of Democratic Integration (TDI) contains the most significant breakthrough in political theory since the 17th century as it substitutes the civic perspective of democracy and human rights in the study of the EU for the Westphalian paradigm of states. While the process of European integration has started originally as a cooperation between states, it has evolved over the decades towards an unprecedented Union of States and Citizens. Since the decisions taken by the EU on a daily basis are affecting the lives of over 400 million citizens, the study of the EU can no longer be conducted on the basis of the perspective of states.

The academic achievement of the new theory is that it breaks the deadlock in the debate about the Nature of the EU and the Future of Europe. Though political scientists and philosophers of law continue to argue that the European Union cannot be defined, the TDI portrays the EU in plain and simple terms as a Union of States and Citizens, which increasingly functions as a European democracy. While it is currently evolving from an organisation of democratic states to a transnational democracy, the aim of the EU is to become the first democratic regional organisation in the world.

'The EU certainly constitutes a Union of States and Citizens.' - Herman van Rompuy, First President of the European Council

'I fully endorse the principle that, if two or more democratic states agree to share the exercise of sovereignty in a number of fields in order to attain common goals, their organisation should be democratic too.' - Frans Timmermans, First Vice-President European Commission -