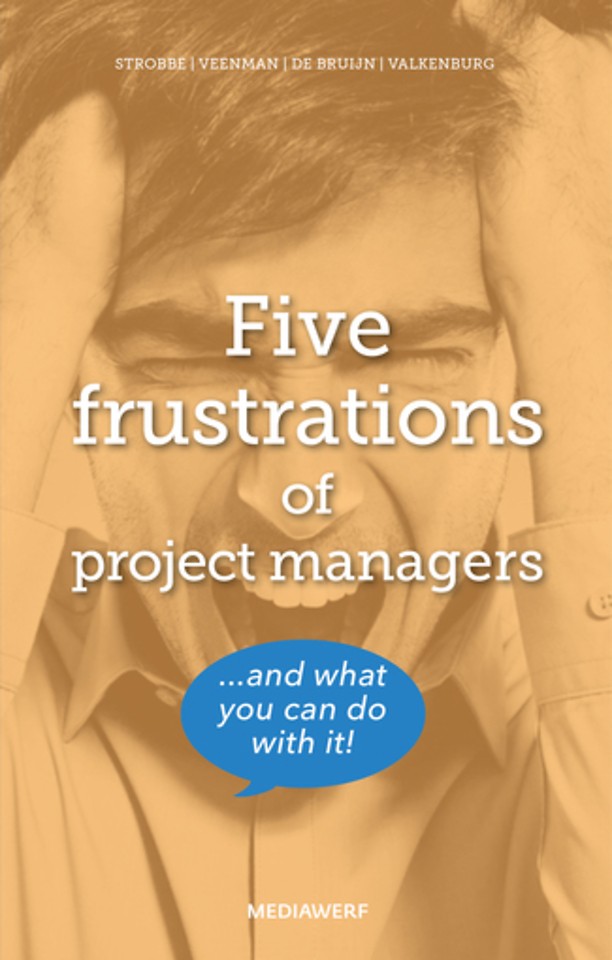 As projects and their environments become increasingly complex, the human dimension can get lost in the clamour. The authors refocus attention on this human dimension by identifying five frustrations that will be recognisable to every team leader: ‘we’re not making any headway as a team’; ‘I’d be better off doing it myself’; ‘the behaviour of my team members frustrates me’; ‘they don’t take ownership’ and ‘the project meeting drains too much of my energy’.

The authors share their experiences as (project) manager, project supervisor, trainer and coach, complementing these experiences with practical models. They aim to acknowledge the frustrations as signals and enlighten you as to how others have dealt with these signals, so that you are able to pay proper attention to the human dimension in your projects.

Marieke, Hans, Leo and Menno became acquainted at KPMG Consulting in the 1990s, where they held various positions: Marieke started out as a Proposal Advisor and worked as the CEO’s Personal Assistant for three years, Hans was partner in the IT Strategy practice, Leo was a Senior Consultant in the ERP consulting practice and Menno was a Project/Programme and Operations

Manager. They met during Core Skills, a training programme focused on Team Development and Project Kick-Offs. After leaving KPMG Consulting, they all went their separate ways. Fortunate coincidence reunited the four in the winter of 2014/2015, and they conceived the plan to commit their experiences and thoughts regarding team development and projects to paper.

Epilogue
Sources
About the authors