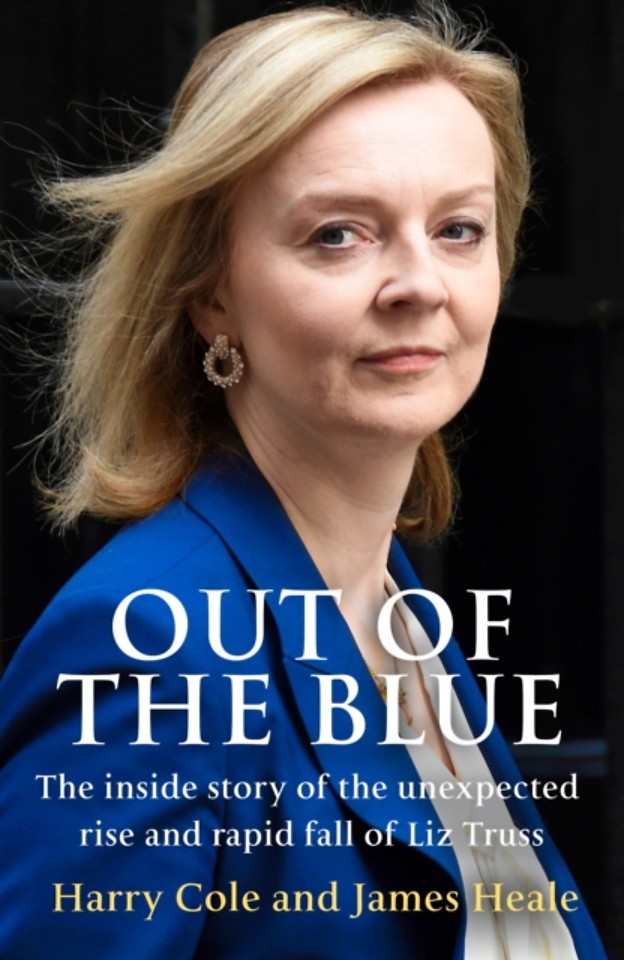 Out of the Blue

Liz Truss's journey from schoolgirl revolutionary to Britain's shortest-serving Prime Minister 'An insightful and at times riotously entertaining account of the lengthy rise and abrupt fall of Britain's 56th Prime Minister. What was intended as a prologue to her premiership is now a riveting political obituary in which every page drips with the seeds of both triumph and disaster. Cole and Heale have produced a meticulously reported account of Truss's drive, impulsiveness, eccentricity and ideological certainty which reads like a warning from history.

It has elements of tragedy but is frequently very, very funny.' Tim Shipman 'Make sure you put your seat belt on. Heale and Cole put you in the passenger seat of the fastest car crash in recent political history. It's an unmissable romp through Liz Truss's long journey to the top, fuelled by ambition and espresso.

The clues that foretold the extraordinary catastrophe are all there, as the authors reveal in gory detail how Liz Truss nearly had the last laugh, before finally, as her government imploded, the joke was on her.' Laura Kuenssberg Despite being written off and mocked by even her closest colleagues, Liz Truss slowly but determinedly achieved her goal of taking over 10 Downing Street - only to instantly plunge her administration into chaos and announce her resignation after a record-breaking 44 days. How did she do it? And what exactly went so wrong? With unrivalled access and insight, award-winning political journalists Harry Cole and James Heale provide the answers, drawing on interviews with Truss's friends and supporters, as well as her worst critics and rivals, from Kwasi Kwarteng to Michael Gove. Tracking Truss's transformation from geeky teenage Lib Dem to Tory PM, with the inside scoop on her first - and only - month in office, Out of the Blue is the unmissable behind-the-scenes account of Britain's shortest-serving Prime Minister.

Out of the Blue