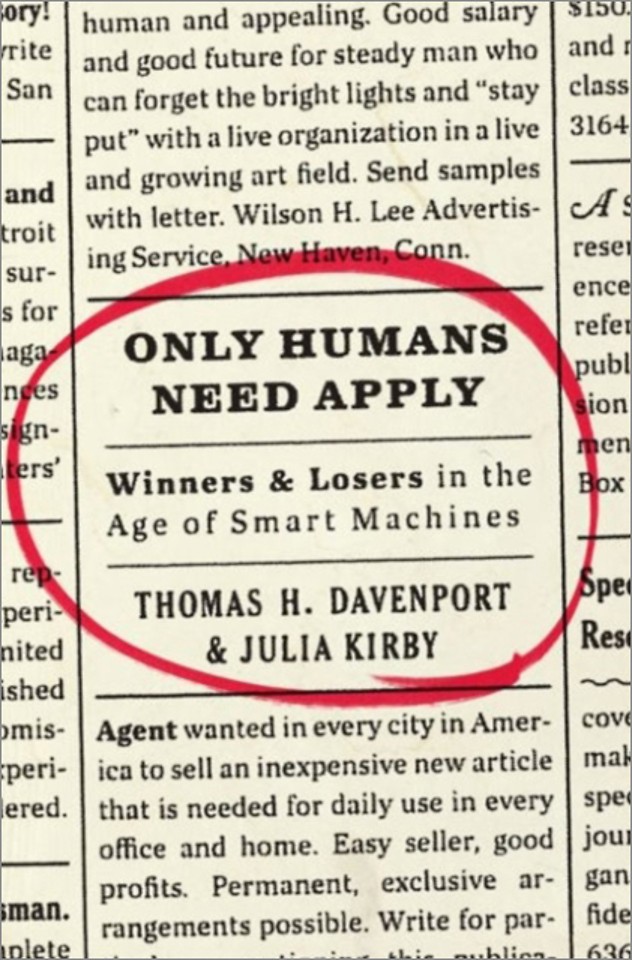 Winners and Losers in the Age of Smart Machines

An invigorating, thought-provoking, and positive look at the rise of automation that explores how professionals across industries can find sustainable careers in the near future. Nearly half of all working Americans could risk losing their jobs because of technology. It's not only blue-collar jobs at stake.

Today, Era Two of automation continues to wash across the entire services-based economy that has replaced jobs in agriculture and manufacturing. Era Three, and the rise of AI, is dawning. Smart computers are demonstrating they are capable of making better decisions than humans.

Brilliant technologies can now decide, learn, predict, and even comprehend much faster and more accurately than the human brain, and their progress is accelerating. Where will this leave lawyers, nurses, teachers, and editors?In Only Humans Need Apply, Thomas Hayes Davenport and Julia Kirby reframe the conversation about automation, arguing that the future of increased productivity and business success isn't either human or machine. It's both.

The key is augmentation, utilizing technology to help humans work better, smarter, and faster. Instead of viewing these machines as competitive interlopers, we can see them as partners and collaborators in creative problem solving as we move into the next era. The choice is ours.