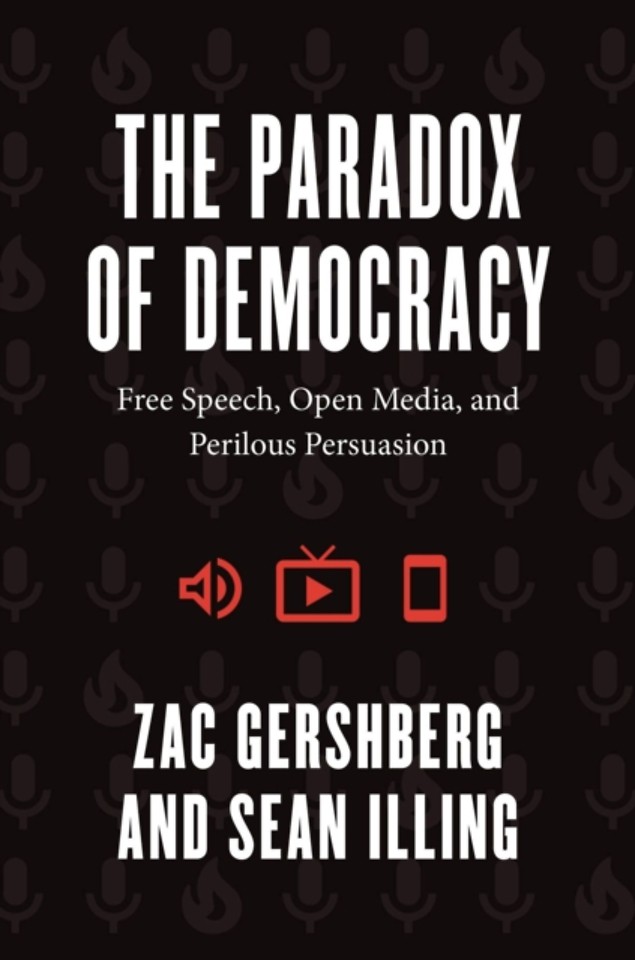 A thought-provoking history of communications that challenges ideas about freedom of speech and democracy. At the heart of democracy lies a contradiction that cannot be resolved, one that has affected free societies since their advent: Though freedom of speech and media has always been a necessary condition of democracy, that very freedom is also its greatest threat. When new forms of communications arrive, they often bolster the practices of democratic politics.

But the more accessible the media of a society, the more susceptible that society is to demagoguery, distraction, and spectacle. Tracing the history of media disruption and the various responses to it over time, Zac Gershberg and Sean Illing reveal how these changes have challenged democracy-often with unsettling effects. The Paradox of Democracy captures the deep connection between communication and political culture, from the ancient art of rhetoric and the revolutionary role of newspapers to liberal broadcast media and the toxic misinformation of the digital public sphere.

With clear-eyed analysis, Gershberg and Illing show that our contemporary debates over media, populism, and cancel culture are not too different from democratic cultural experiences of the past. As we grapple with a fast-changing, hyper-digital world, they prove democracy is always perched precipitously on a razor's edge, now as ever before.

Chapter 1: The Bias and the Disruption
Chapter 2: Mere Rhetoric: From Free Speech to Bread and Circuses
Chapter 3: The News-Print Revolution
Chapter 4: The Rise of the Public(s): From a Fuller World to Morse’s Macrocosm
Chapter 5: This Is Fascism
Chapter 6: Playing Checkers: An Uneasy Triumph for Liberal Democracy
Chapter 7: The Death of Liberal Democracy: Have We Got Fake(d) News for You
Chapter 8: Democracy, If We Can Keep It