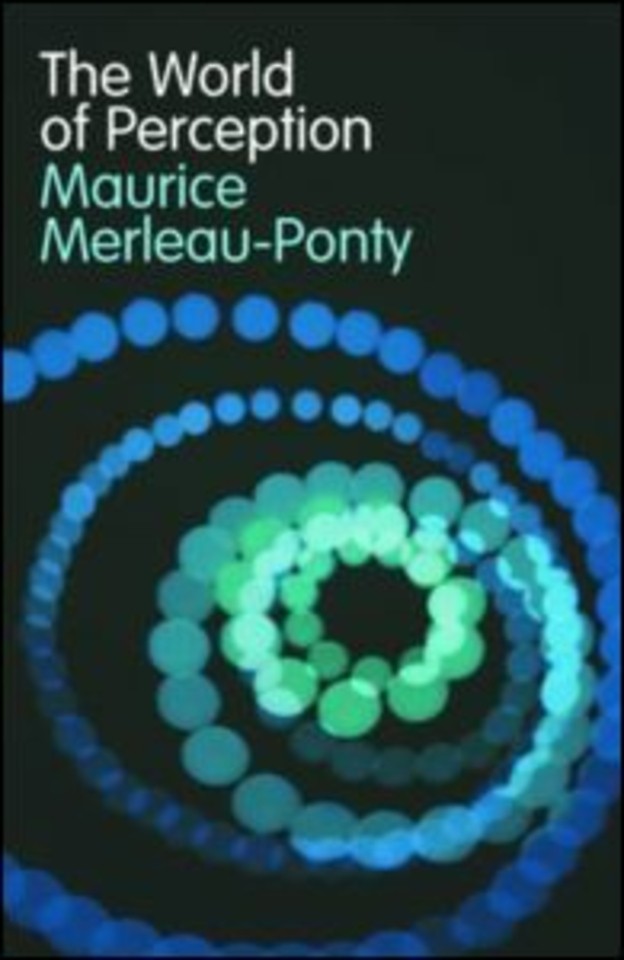 The World of Perception

'Painting does not imitate the world, but is a world of its own.'

In 1948, Maurice Merleau-Ponty wrote and delivered on French radio a series of seven lectures on the theme of perception. Translated here into English for the first time, they offer a lucid and concise insight into one of the great philosophical minds of the twentieth-century.

These lectures explore themes central not only to Merleau-Ponty's philosophy but phenomenology as a whole. He begins by rejecting the idea - inherited from Descartes and influential within science - that perception is unreliable and prone to distort the world around us. Merleau-Ponty instead argues that perception is inseparable from our senses and it is how we make sense of the world.

Merleau-Ponty explores this guiding theme through a brilliant series of reflections on science, space, our relationships with others, animal life and art. Throughout, he argues that perception is never something learned and then applied to the world. As creatures with embodied minds, he reminds us that we are born perceiving and share with other animals and infants a state of constant, raw, unpredictable contact with the world. He provides vivid examples with the help of Kafka, animal behaviour and above all modern art, particularly the work of Cezanne.

A thought-provoking and crystalline exploration of consciousness and the senses, The World of Perception is essential reading for anyone interested in the work of Merleau-Ponty, twentieth-century philosophy and art.

The World of Perception