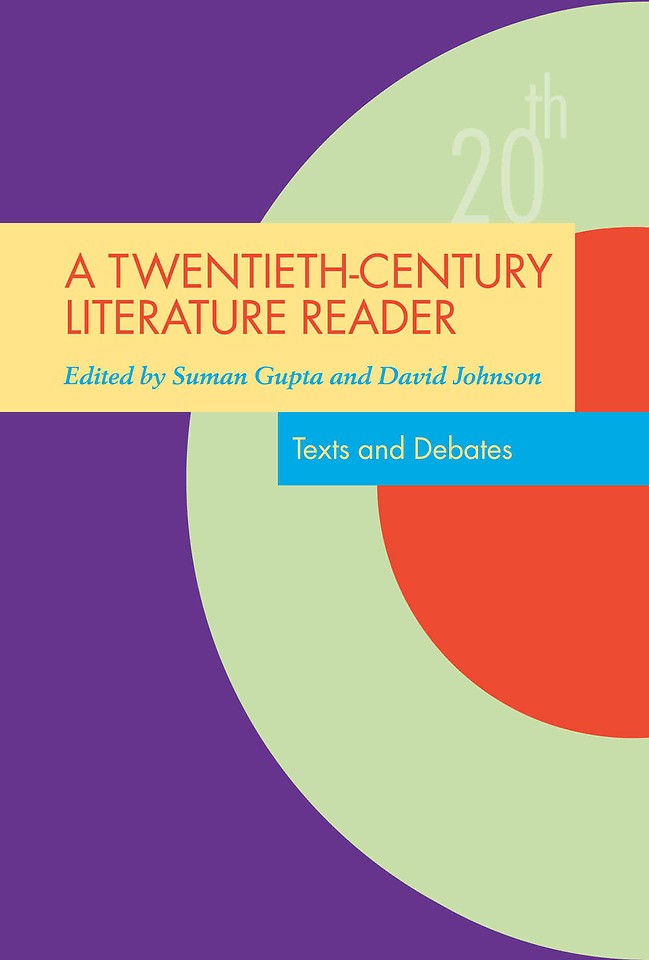 This critical Reader is the essential companion to any course in twentieth-century literature. Drawing upon the work of a wide range of key writers and critics, the selected extracts provide: a literary-historical overview of the twentieth century insight into theoretical discussions around the purpose, value and form of literature which dominated the century closer examination of representative texts from the period, around which key critical issues might be debated.

Clearly conveying the excitement generated by twentieth-century literary texts and by the provocative critical ideas and arguments that surrounded them, this reader can be used alongside the two volumes of Debating Twentieth-Century Literature or as a core text for any module on the literature of the last century.
Texts examined in detail include: Chekhov's The Cherry Orchard, Mansfield's Short Stories, poetry of the 1930s, Gibbon's Sunset Song, Eliot's Prufrock, Brecht's Galileo, Woolf's Orlando, Okigbo's Selected Poems, du Maurier's Rebecca, poetry by Ginsburg and O'Hara, Dick's Do Androids Dream of Electric Sheep?, Puig's Kiss of the Spiderwoman, Beckett's Waiting for Godot, Heaney's New Selected Poems 1966-1987, Gurnah's Paradise and Barker's The Ghost Road.