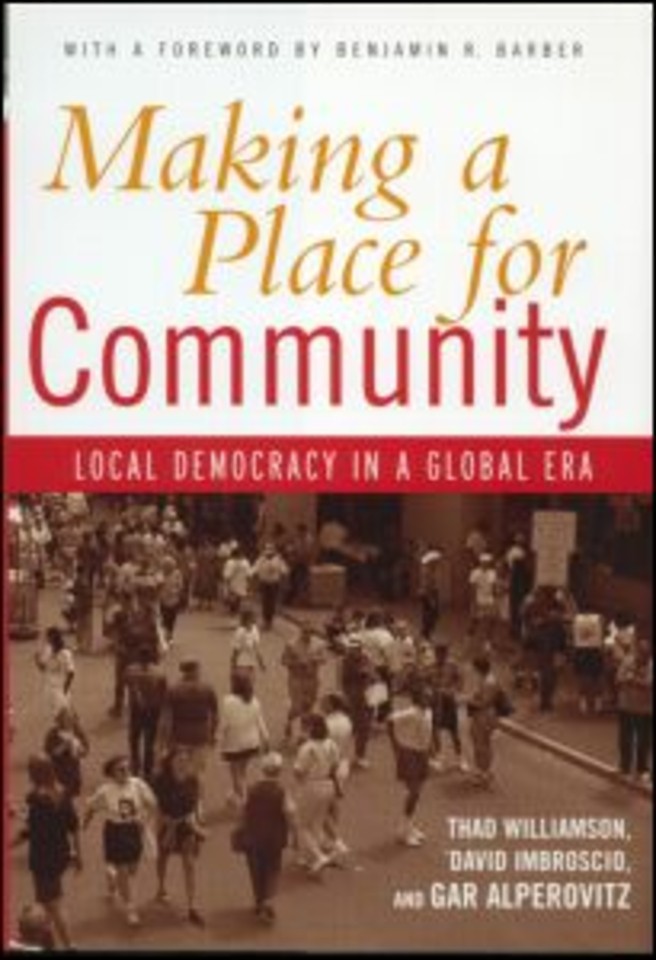 Making a Place for Community

Local Democracy in a Global Era

When pundits refer to the death of community, they are speaking of a number of social ills, which include, but are not limited to, the general increase in isolation and cynicism of our citizens, widespread concerns about declining political participation and membership in civic organizations, and periodic outbursts of small town violence. Making a Place for Community argues that this death of community is being caused by contemporary policies that, if not changed, will continue to foster the decline of community. Increased capital flow between nations is not at the root of the problem, however, increased capital flow within our nation is. Small towns shouldn't have to hope for a prison to open nearby and downtown centers shouldn't sit empty as suburban sparwl encroaches, but they do and it's a result of widely agreed upon public policies.

Making a Place for Community