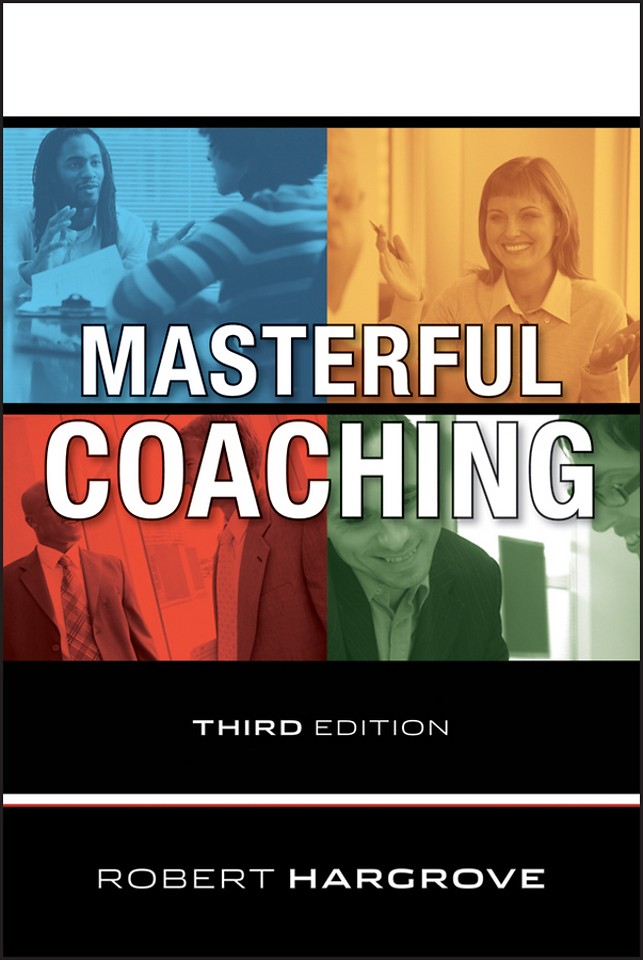 When the first edition of
Masterful Coaching was published, it quickly became the standard resource for anyone who was a coach, considering becoming a coach, or curious about being an extraordinary coach. In this completely revised third edition of his groundbreaking book, Hargrove presents his profound insights into the journey to of becoming a masterful coach along with guiding ideas, tools, and methods.

PART TWO: THE JOURNEY TO MASTERFUL COACHING.
4 Becoming a Masterful Coach: Lead People to an Impossible Future and Change Their Lives.
5 Coaching Is a Way of Being, Not Just a Technique: Coaching Comes from the Heart, Not the Head.
6 Coaching Happens in Conversations: Speaking and Listening from a Stand Versus Moods, Reactions, and Attachments.
7 Masterful Coaching Is Transformational: Triple Loop Learning.

PART FOUR: MASTER CLASSES WITH ROBERT HARGROVE.
20 Secrets of Great Groups: Become a Masterful Facilitator.
21 Creative Collaboration 3.0: How to Coach People to Deal with Strategic Dead Ends, the China Price, Customers Jumping Ship.
22 Jump on the Reinvention Roller Coaster: To Reinvent the Organization, First Reinvent Yourself.
23 From Defensiveness to Learning: How to Recognize and Disperse Defensive Routines with Individuals or Groups.
24 Provide Meaningful Feedback: How to Give Feedback That Rips the Blinders Off Without Making People Resent You.
25 Teaching New Skills and Capabilities: Move Between Performance and Practice Fields.
26 Creating a Coaching and Mentoring Culture: Look for Openings Rather Than the Big Bang.
27 Coaching Small Enterprises: Get People to Race Up the Value Chain and Wallop Wal–Mart.
28 Building a Super–Successful Coaching Practice: Lesson 1: How to Get Clients.
29 Get People to Bring Their Whole Selves to Work: Give Them an Opportunity to Make a Difference.
A Final Refl ection.
Notes.
About the Author.
Index