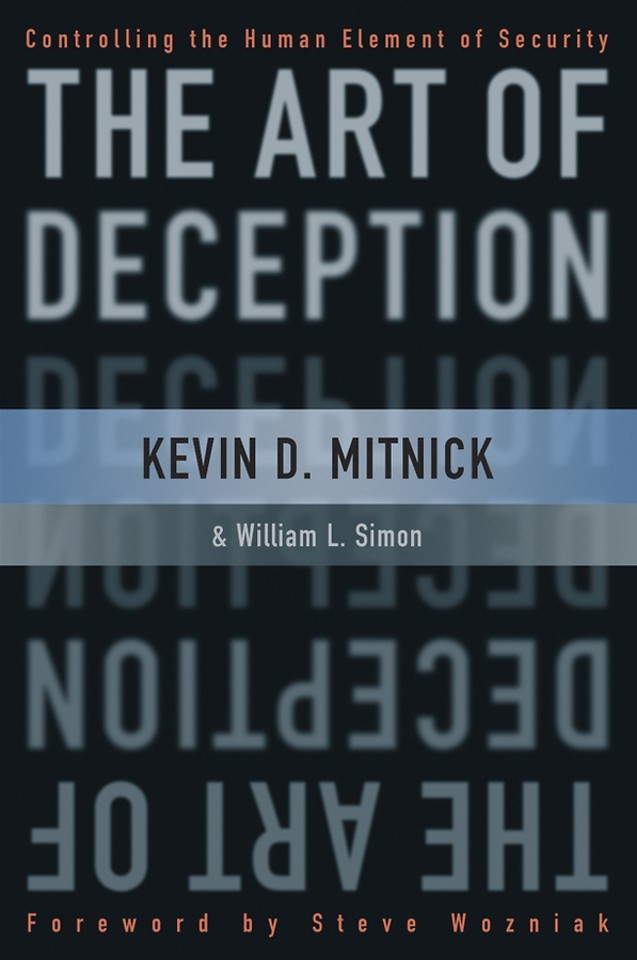 Kevin Mitnick has been the subject of countless profiles published and broadcast throughout the world.

The Art of Deception: Controlling the Human Element of Security

Kevin Mitnick's exploits as a cyber-desperado and fugitive from one of the most exhaustive FBI manhunts in history have spawned dozens of articles, books, films, and documentaries. Since his release from federal prison in 2000, Mitnick has turned his life around and established himself as one of the most sought-after computer security experts worldwide. Now, in The Art of Deception, the world's most famous hacker gives new meaning to the old adage, 'it takes a thief to catch a thief.'

Inviting you into the complex mind of the hacker, Mitnick provides realistic scenarios of cons, swindles, and social engineering attacks on businesses-and the consequences. Focusing on the human factors involved with information security, Mitnick explains why all the firewalls and encryption protocols in the world will never be enough to stop a savvy grifter intent on rifling a corporate database or an irate employee determined to crash a system. He illustrates just how susceptible even the most locked-down information systems are to a slick con artist impersonating an IRS agent or any other seemingly innocent character. Narrated from the points of view of both the attacker and the victim, The Art of Deception explores why each attack was so successful and how it could have been averted in an engaging and highly readable manner reminiscent of a true-crime novel.

Most importantly, Mitnick redeems his former life of crime by providing specific guidelines for developing protocols, training programs, and manuals to ensure that a company's sophisticated technical security investment will not be for naught. He shares his advice for preventing security vulnerability in the hope that people will be mindfully on guard for an attack from the gravest risk of all-human nature.

Kevin Mitnick has been the subject of countless profiles published and broadcast throughout the world. Mitnick's leading penetration-testing team is highly respected and sought after for its security services by the world's top corporations and governments. The company he founded, Mitnick Security Consulting LLC, has clients that include dozens from the Fortune 500 and many nations across the globe. Mitnick is the bestselling author of Ghost in the Wires, The Art of Intrusion, and The Art of Deception. He lives in Las Vegas and travels the world as the top keynote speaker on cybersecurity.

William L. Simon is coauthor of Kevin Mitnick's The Art of Deception (Wiley, 2002) and the upcoming The Art of Intrusion (Wiley, 2004), as well as the award-winning author of more than 20 other books. He lives in Rancho Santa Fe, CA.

Part 2: The Art of the Attacker.
Chapter 2: When Innocuous Information Isn't.
Chapter 3: The Direct Attack: Just Asking for It.
Chapter 4: Building Trust.
Chapter 5: "Let Me Help You".
Chapter 6: "Can You Help Me?".
Chapter 7: Phony Sites and Dangerous Attachments.
Chapter 8: Using Sympathy, Guilt, and Intimidation.
Chapter 9: The Reverse Sting.

The Art of Deception: Controlling the Human Element of Security