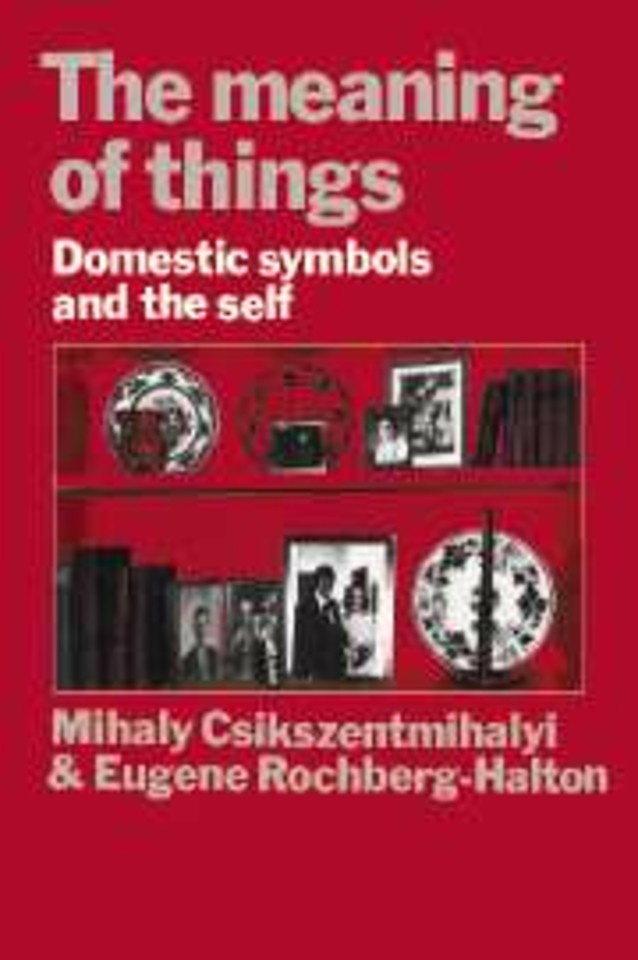 The Meaning of Things

Domestic Symbols and the Self

The meaning of things is a study of the significance of material possessions in contemporary urban life, and of the ways people carve meaning out of their domestic environment. Drawing on a survey of eighty families in Chicago who were interviewed on the subject of their feelings about common household objects, Mihaly Csikszentmihalyi and Eugene Rochberg-Halton provide a unique perspective on materialism, American culture, and the self. They begin by reviewing what social scientists and philosophers have said about the transactions between people and things. In the model of 'personhood' that the authors develop, goal-directed action and the cultivation of meaning through signs assume central importance. They then relate theoretical issues to the results of their survey. An important finding is the distinction between objects valued for action and those valued for contemplation. The authors compare families who have warm emotional attachments to their homes with those in which a common set of positive meanings is lacking, and interpret the different patterns of involvement. They then trace the cultivation of meaning in case studies of four families. Finally, the authors address what they describe as the current crisis of environmental and material exploitation, and suggest that human capacities for the creation and redirection of meaning offer the only hope for survival. A wide range of scholars - urban and family sociologists, clinical, developmental and environmental psychologists, cultural anthropologists and philosophers, and many general readers - will find this book stimulating and compelling.

Preface; Part I: 1. People and things; 2. What things are for; Part II: 3. The most cherished objects in the home; 4. Object relations and the development of the self; 5. The home as symbolic environment; 6. Characteristics of happy homes; Part III: 7. The transactions between persons and things; 8. Signs of family life; 9. Meaning and survival; Appendixes; Name index; Subject index.

The Meaning of Things