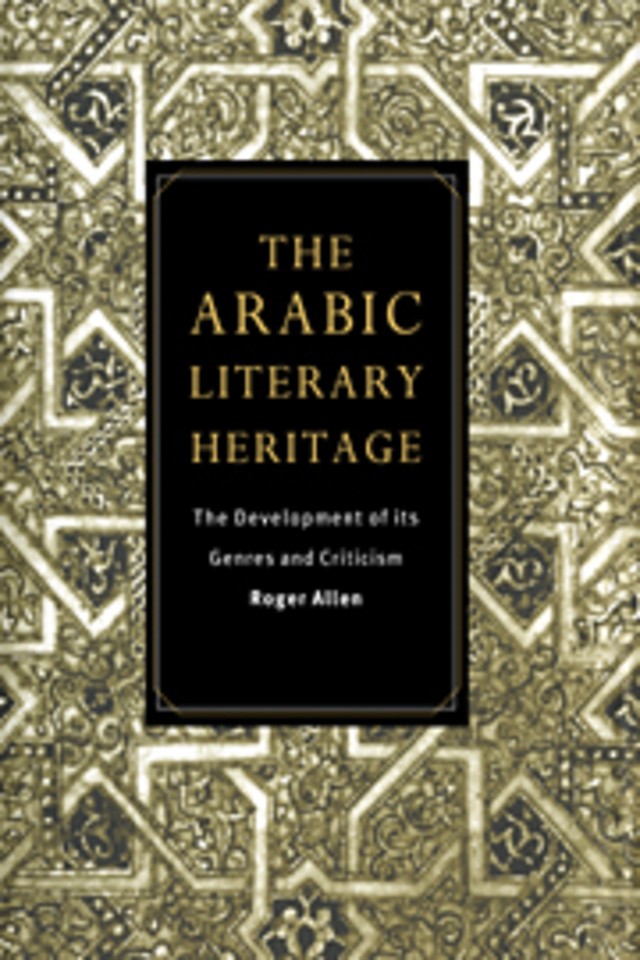 The Development of its Genres and Criticism

Roger Allen here offers an account of the cultural tradition of literary texts in Arabic, from their unknown beginnings in the fifth century AD to the present day. Allen's organising principle is not that of traditional literary histories, but is rather based on an account of the major genres of Arabic literature. After introductory chapters on principles and contexts, there are chapters devoted to the Qur'an as literature, poetry, belletristic prose, drama and criticism. Within each chapter the emphasis is on the texts themselves, and those who created and commented on them, but Allen also demonstrates his awareness of recent Western theoretical and critical approaches. The volume as a whole, which contains extensive quotations in English translation, a chronology and a guide to further reading, makes a major non-Western literary tradition newly accessible to students and scholars of the West.

Preface; Chronology; 1. An essay on precedents and principles; 2. The contexts of the literary tradition; 3. The Qu'ran: sacred text and cultural yardstick; 4. Poetry; 5. belletristic prose and narrative; 6. Drama; 7. The critical tradition; Guide to further reading.