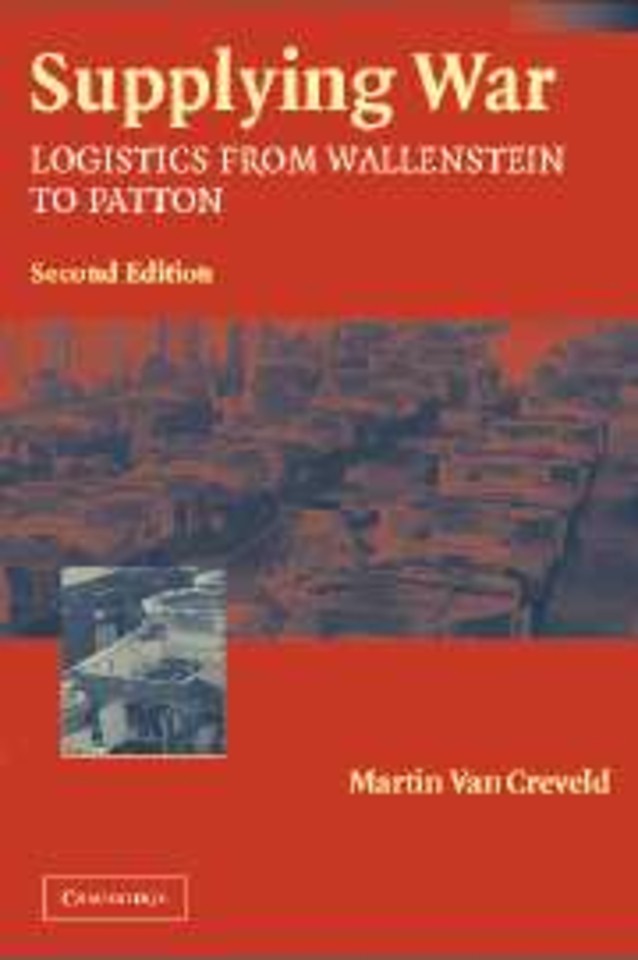 Logistics from Wallenstein to Patton

Why did Napoleon succeed in 1805 but fail in 1812? Could the European half of World War II have been ended in 1944? These are only two of the many questions that form the subject-matter of this meticulously researched, lively book. Drawing on a very wide range of sources, van Creveld examines the specifics of war: namely, those formidable problems of movement and supply, transportation and administration, so often mentioned - but rarely explored - by the vast majority of books on military history. In doing so he casts his net far and wide, from Gustavus Adolphus to Rommel, from Marlborough to Patton, subjecting the operations of each to a thorough analysis from an unusual point of view. In this edition with a new introduction, van Creveld revisits his now-classic text, and comments in a new afterword on the role of logistics in high-tech, modern warfare.

Introduction; 1. The background of two centuries; 2. 'An army marches on its stomach!'; 3. When demigods rode rails; 4. The wheel that broke; 5. Russian roulette; 6. Sirte to Alamein; 7. War of the accountants; 8. Logistics in perspective.