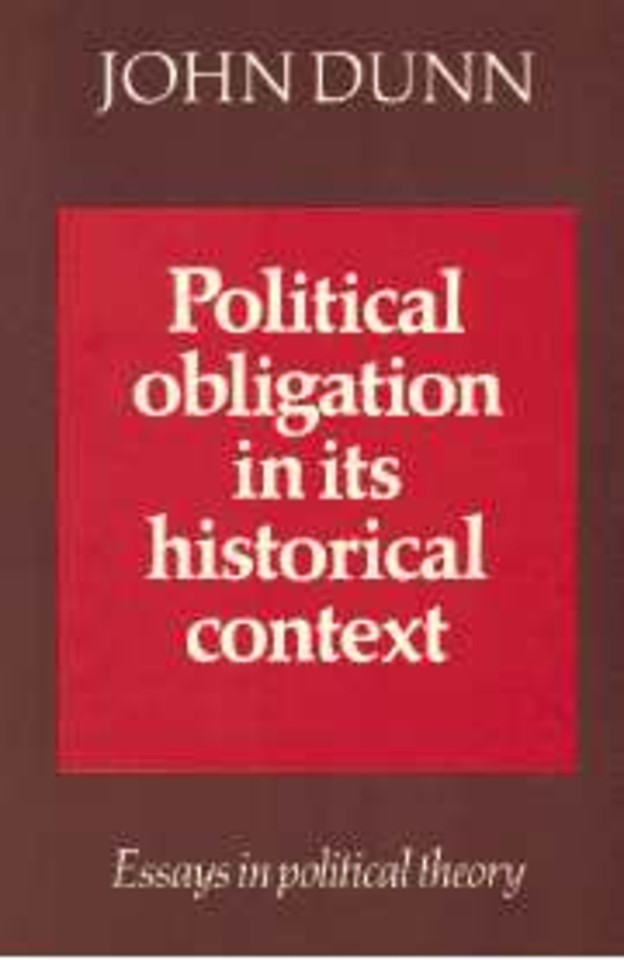 Political Obligation in its Historical Context

What sort of commitments do human beings have good reason to acknowledge to one another and to the social units (family, tribe, state) to which they belong? Is the sovereign authority of the state anywhere or everywhere a true moral authority, or is it simply a coercive capacity of varying force, reposing on a range of effectively touted false beliefs? What political obligations, if any, do men truly have? The central questions of political philosophy have not lessened in practical urgency or in theoretical difficulty in recent decades. But they have become increasingly hard to address in an intellectually serious fashion and modern thinkers have become increasingly reluctant even to try to address them in such a fashion. Mr Dunn's collection of essays records an attempt to recapture the sense and character of these questions by approaching them from an unusually broad variety of perspectives.

Preface; 1. Introduction; Part I. The Historicity of the Question: 2. The identity of the history of ideas; 3. Consent in the political theory of John Locke; 4. The politics of Locke in England and America in the eighteenth century; Part II. The Historicity of the Answers: 5. Practising history and social science on 'realist' assumptions; 6. From democracy to representation: an interpretation of a Ghanaian election; 7. 'Hoc signo victor eris': representation, allegiance and obligation in the politics of Ghana and Sri Lanka; 8. Democracy unretrieved, or the political theory of Professor Macpherson; 9. The success and failure of modern revolutions; Part III. Conclusion: 10. Political obligations and political possibilities; Notes; Index.

Political Obligation in its Historical Context