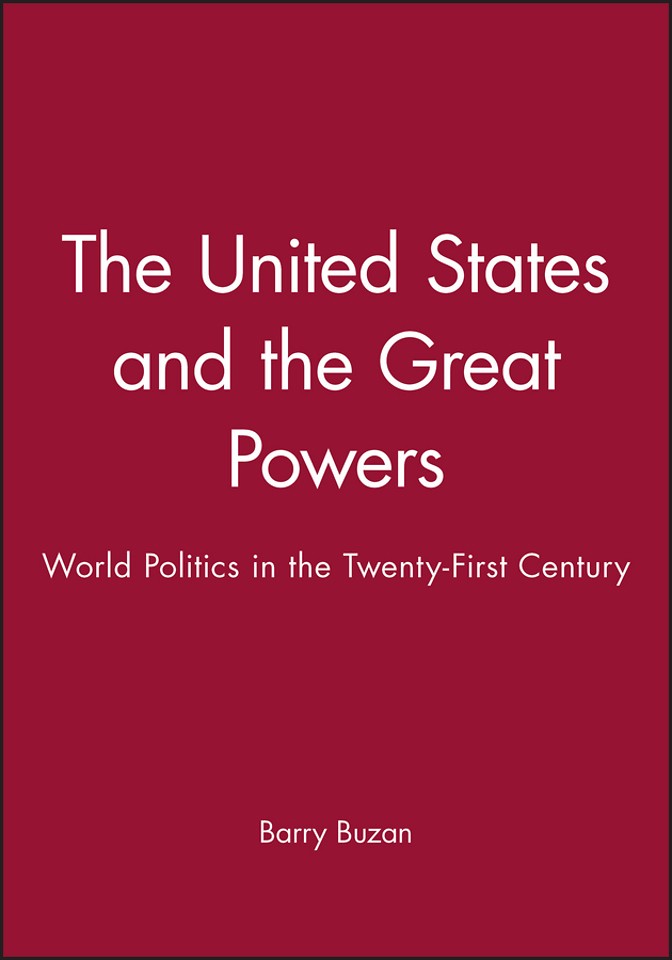 The United States and the Great Powers

World Politics in the Twenty–First Century

The idea that world politics can be understood in terms of a US dominated unipolarity became generally accepted during the 1990s. Following the September 11 attacks, however, US foreign policy took an imperial turn and many began to question the form, style and substance of US leadership at the start of the 21st Century.

But why is the US behaving as if it lived in a world of enemies? What can other great powers do to change the behaviour of the US, and what will be the consequences if they fail? Could the EU and China become superpowers alongside the US? And what would happen if the US stepped down from its superpowers role creating a world with only great powers and no superpowers?

In this important new book, Barry Buzan seeks to provide answers to these pressing questions. He begins by introducing the core concepts of polarity and identity in world politics, which he uses to develop three possible scenarios for the future development of the international political system. Buzan contends that we are not living in a strictly unipolar world, where the great powers are helpless in the face of the US. Instead he argues that the existence of great powers alongside an American superpower plays a crucial role in creating both opportunities and responsibilities which will shape the way in which world politics unfolds in the coming decades. What the great powers do or don′t do will be crucial to how long US dominance lasts. It will also help determine whether the period of American hegemony will develop or destroy the unique multilateral international society built up by US foreign policy over the last half century.

Chapter six – Where We Are Now: One Superpower and Several Great Powers.

Chapter seven – Options for the Future I: Two or Three Superpowers and a Few Great Powers.

Chapter eight – Options for the Future I: Two or Three Superpowers and a Few Great Powers.

Chapter nine – Understanding the Turn in the US Foreign Policy.

Chapter ten – Where to From Here?.

The United States and the Great Powers