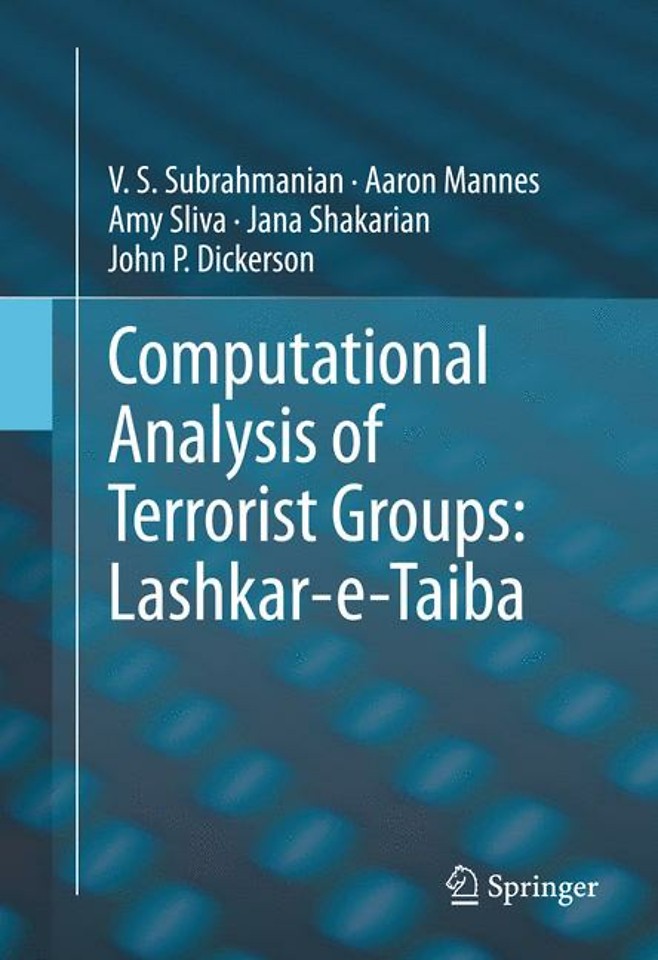 Computational Analysis of Terrorist Groups: Lashkar-e-Taiba provides an in-depth look at Web intelligence, and how advanced mathematics and modern computing technology can influence the insights we have on terrorist groups. This book primarily focuses on one famous terrorist group known as Lashkar-e-Taiba (or LeT), and how it operates. After 10 years of counter Al Qaeda operations, LeT is considered by many in the counter-terrorism community to be an even greater threat to the US and world peace than Al Qaeda.
Computational Analysis of Terrorist Groups: Lashkar-e-Taiba is the first book that demonstrates how to use modern computational analysis techniques including methods for "big data" analysis. This book presents how to quantify both the environment in which LeT operate, and the actions it took over a 20-year period, and represent it as a relational database table. This table is then mined using sophisticated data mining algorithms in order to gain detailed, mathematical, computational and statistical insights into LeT and its operations. This book also provides a detailed history of Lashkar-e-Taiba based on extensive analysis conducted by using open source information and public statements. Each chapter includes a case study, as well as a slide describing the key results which are available on the authors' web sites.
Computational Analysis of Terrorist Groups: Lashkar-e-Taiba is designed for a professional market composed of government or military workers, researchers and computer scientists working in the web intelligence field. Advanced-level students in computer science will also find this valuable as a reference book.