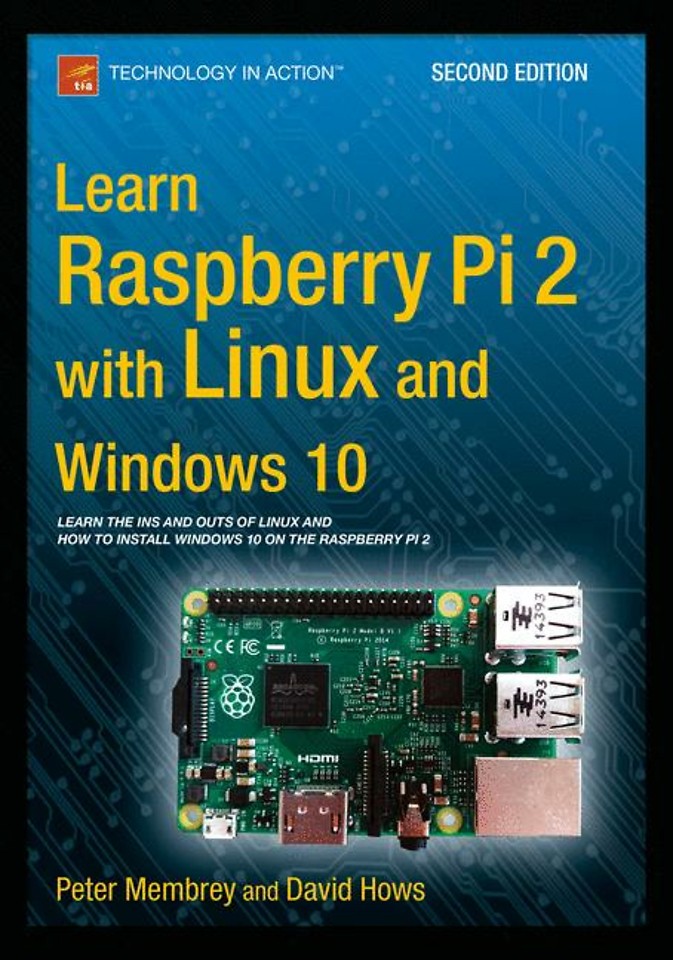 Linux has always been a great fit for the Pi, but it can be a steep learning curve if you've never used it before. With this book, you'll see how easy it is to install Linux and learn how to work with it, including how to become a Linux command line pro. You'll learn that what might seem unfamiliar in Linux is actually very familiar. And now that Raspberry Pi also supports Windows 10, a chapter is devoted to setting up Windows 10 for the Internet of Things on a Raspberry Pi.

Finally, you'll learn how to create these Raspberry Pi projects with Linux:
Making a Pi web server: run LAMP on your own network
Making your Pi wireless: remove all the cables and retain all the functionalityMaking a Raspberry Pi-based security cam and messenger serviceMaking a Pi media center: stream videos and music from your Pi

1: Your First Bite of Raspberry Pi

6: Editing Files on the Command Line

Appendix. Doing It by Hand – Writing an SD Card Image