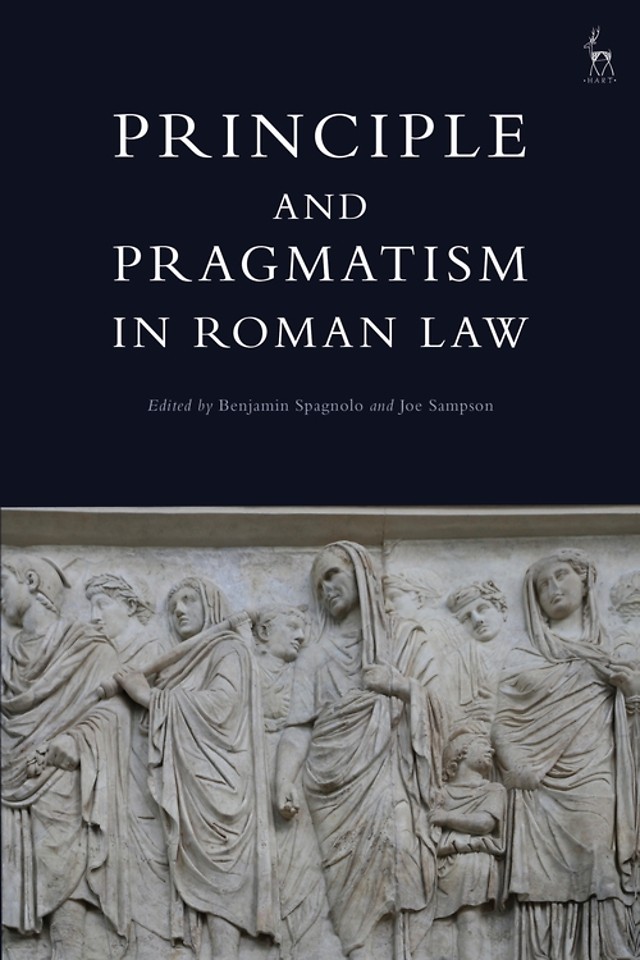 Benjamin Spagnolo is a Fellow, Lecturer and Director of Studies in Law at Trinity College Cambridge.

Principle and Pragmatism in Roman Law

This edited collection presents an interesting and original series of essays on the roles of principle and pragmatism in Roman private law.

The book traverses key areas of Roman law to examine the explanatory power of - and delineate interactions between - abstract, doctrinal principle, and pragmatic, real-world problem-solving. Essays canvassing sources of law, property, succession, contracts and delicts sketch the varied roles of theoretical narratives - whether internal to Roman doctrine or derived from external influence - and of practical, policy-based solutions in the jurists' thought.

Principled reasoning in Roman juristic argument ranges from safeguarding commerce, to the priority of acts or intentions in property transactions, to notions of pietas, to Platonic conceptions of the market. Pragmatism is discernible in myriad ways, from divergence between form and substance, to extension of legal rules for economic, social or political utility, to emphasis on what parties did rather than what they said.

The distinctive contribution of the book is its survey of different manifestations of principle and pragmatism across Roman private law. The essays - by eminent as well as emerging academics - will stimulate debate about the roles principle and pragmatism play in juristic argument, and will be of interest to both scholars and students of Roman law.

Benjamin Spagnolo is a Fellow, Lecturer and Director of Studies in Law at Trinity College Cambridge.

Joe Sampson is an Associate Professor of Law, University of Oxford, and Tutorial Fellow in Law, Magdalen College, Oxford.

Principle and Pragmatism in Roman Law