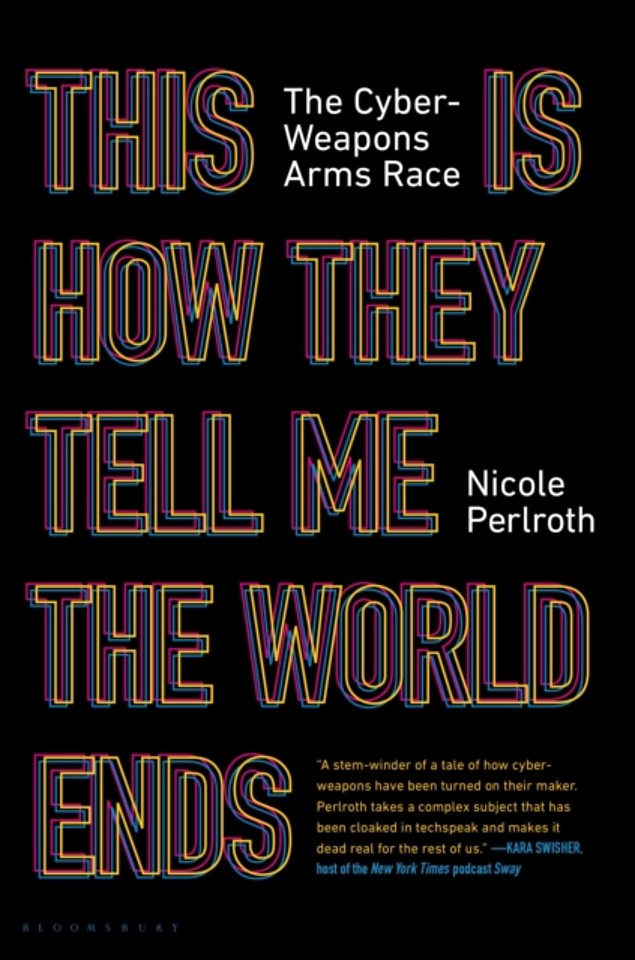 This Is How They Tell Me the World Ends

From The New York Times cybersecurity reporter Nicole Perlroth, the untold story of the cyberweapons market-the most secretive, invisible, government-backed market on earth-and a terrifying first look at a new kind of global warfare.

Zero day: a software bug that allows a hacker to break into your devices and move around undetected. One of the most coveted tools in a spy's arsenal, a zero day has the power to silently spy on your iPhone, dismantle the safety controls at a chemical plant, alter an election, and shut down the electric grid (just ask Ukraine).

For decades, under cover of classification levels and non-disclosure agreements, the United States government became the world's dominant hoarder of zero days. U.S.

government agents paid top dollar-first thousands, and later millions of dollars- to hackers willing to sell their lock-picking code and their silence.

Then the United States lost control of its hoard and the market.

Now those zero days are in the hands of hostile nations and mercenaries who do not care if your vote goes missing, your clean water is contaminated, or our nuclear plants melt down.

Filled with spies, hackers, arms dealers, and a few unsung heroes, written like a thriller and a reference, This Is How They Tell Me the World Ends is an astonishing feat of journalism.

Based on years of reporting and hundreds of interviews, The New York Times reporter Nicole Perlroth lifts the curtain on a market in shadow, revealing the urgent threat faced by us all if we cannot bring the global cyber arms race to heel.

This Is How They Tell Me the World Ends