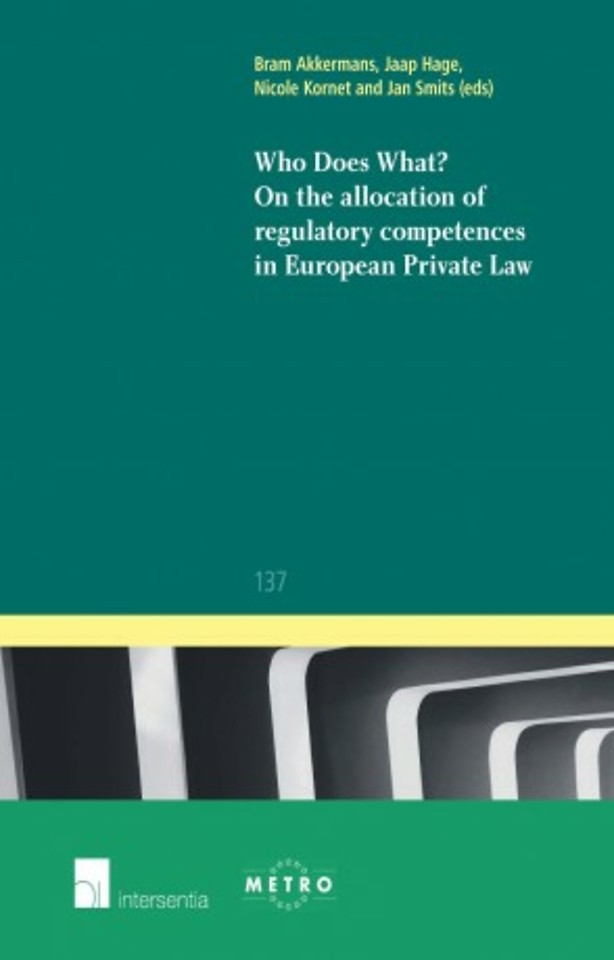 Who does What? On the allocation of competences in European private law

As the European Union (EU) matures, there is an increasing debate, partly fuelled by fierce national criticism offered by Eurosceptic politicians, partly initiated by the EU institutions themselves, on the way in which the EU has developed and what the EU must look like in the future. This debate includes a discussion on one of the core aspects of European integration: at which level should the rules be set and who decides where the authority to do so should lie? Private law has an important role to play in this discussion. Many private law rules touch on the core of the internal market as they serve to foster trade or to offer protection to market participants, such as consumers.

In 2011, the Maastricht European Private Law Institute (M-EPLI) was founded. M-EPLI researchers combine European Private Law scholarship in the fields of contract, property, commercial and procedural law as well as legal theory. In this book M-EPLI fellows present perspectives on the allocation of competences in European Private Law. This includes both general perspectives and criteria on the basis of which to decide who does what in European Private Law, but also specific perspectives relating to the various fields M-EPLI’s researchers cover. All contributions share a common approach in which each author or team of authors addresses the same two questions: (i) What are the criteria to decide upon the ideal design of their field of law for the EU?; (ii) Who should set the rules: what is in the author(s) view the optimal mix of national and European producers of legal norms?

Nicole Kornet is Senior Lecturer in Commercial Law at Maastricht University and programme coordinator of the European Law School.

Who does What? On the allocation of competences in European private law