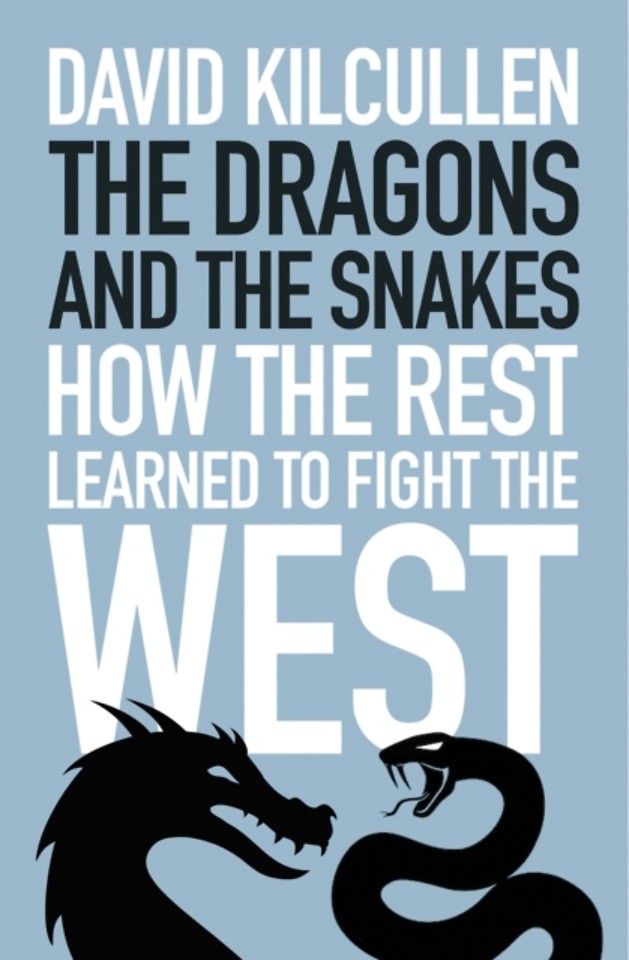 David Kilcullen is Professor of International and Political Studies at the University of New South Wales, Canberra.

The Dragons and the Snakes

How the Rest Learned to Fight the West

In 1993, a newly-appointed CIA director warned that Western powers might have 'slain a large dragon' with the fall of the USSR, but now faced a 'bewildering variety of poisonous snakes'. Since then, both dragons (state enemies like Russia and China) and snakes (terrorist and guerrilla organisations) have watched the US struggle in Iraq and Afghanistan, and mastered new methods in response: hybrid and urban warfare, political manipulation, and harnessing digital technology.

Leading soldier-scholar David Kilcullen reveals everything the West's opponents have learned from twenty-first-century conflict and explains how their cutting-edge tactics and adaptability pose a serious threat to America and its allies, disabling the West's military advantage.

'The Dragons and the Snakes' is a compelling, counterintuitive look at the new, vastly complex global arena. Kilcullen reshapes our understanding of the West's foes, and shows how it can respond. An eye-opening look at the state of strategic balance between the United States and its rivals, large and small … Essential reading for anyone concerned with America’s future on the world stage.' - Kirkus

'Disturbingly brilliant. David Kilcullen, ever the thoughtful observer of wars and the people who wage them, captures the changes in warfare that already confound and threaten to overwhelm us. He correctly shows that we are mentally and physically unprepared for the new nature of conflict, and will likely pay dearly for it.' - Stanley McChrystal, Retd US Army General, and Partner, McChrystal Group

'David Kilcullen has produced another thoughtful, important book. At a time when some believe that the return of competition with great powers might serve as an emotional catharsis to help forget the long war against jihadist terrorist organisations, the author exposes and transcends that false choice. His ideas about how to fight for peace in a dangerous world should be read and discussed not only by diplomats, defence officials, and military officers, but also by citizens concerned about securing a better future for their children.' - H.R. McMaster, Retd US Army Lt-General, and author of Dereliction of Duty and Battlegrounds

'Once again David Kilcullen succeeds in demonstrating how our adversaries are adapting faster than we are to the experiences of the recent past. Timely advice for defence strategists on how to apply those lessons, and to plan for the next conflict, not the last.' - Professor Sir David Omand, former UK Security and Intelligence Coordinator

David Kilcullen is Professor of International and Political Studies at the University of New South Wales, Canberra. A senior counterinsurgency adviser during the Iraq and Afghanistan wars, he was one of Foreign Policy's Top 100 Global Thinkers in 2009. His books The Accidental Guerrilla; Out of the Mountains; and Blood Year are all published by Hurst.

Introduction
Note of the Terminology

The Dragons and the Snakes