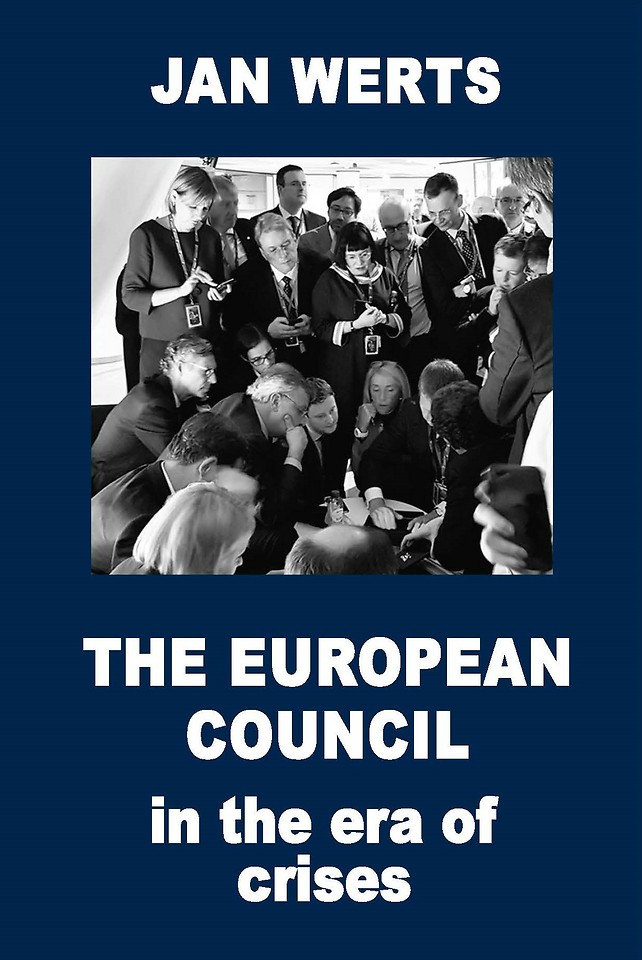 Jan Werts has been reporting and commentating on the European Union since 1967 and has covered in person nearly every European Council meeting since the first in 1975.

The European Council in the Era of Crises

Jan Werts brings a unique perspective to the European Council. As a journalist, he has reported on the spot from virtually every European Council meeting since 1975, a witness to countless episodes of last-minute arm-twisting and creative compromise. As a scholar, he wrote the first ever doctoral dissertation on the European Council, published in 1992. In 2008 he carried the story forward to the verge of the start of the permanent presidency. In this latest book, against the background of the broad sweep of the history of the European Council, he focuses especially on the sequence of crises that began around the time of his previous book − the Greek debt and broader euro crises, the migration and refugee crisis, Brexit and Covid among them.

Jan Werts has interviewed a galaxy of EU insiders whose assessments are extensively quoted in the text. He describes with realism, candour and some sympathy how the leaders, their officials and advisers battled against crises that at times seemed to threaten the European project itself. The institutional development of the European Council since its formal upgrading to an EU institution and the inauguration of the full-time presidency in 2009 is also a major theme. As Werts explains, while the European Council is by definition primarily intergovernmental in character, it has also become firmly embedded in the institutional architecture of the Union and in practice the main driver of EU integration, giving this the legitimacy that only the national leaders can provide.

Jan Werts has been reporting and commentating on the European Union since 1967 and has covered in person nearly every European Council meeting since the first in 1975. He wrote the first ever legal PhD thesis on the European Council, published by Elsevier in 1992. In 2008 he brought the story up to date in his first book for John Harper Publishing, to which the current edition is a sequel.

PART III: PROVIDER OF DIRECTION AND LEADERSHIP
Constitutional strategy
Foreign policy: a constant but problematic preoccupation
Financing the EU: complex negotiations on the MFF
Enlargement: accessions that proved difficult to manage
Energy and climate policy: a carbon-neutral economy by 2050
Appointments
The single market: a mixed story

PART IV: ARCHITECT OF ITS OWN MISTAKES AND FAILURES
EMU without a toolbox for crises
Schengen without reliable closed external borders
A deadlocked migration and refugee policy
The EU’s foreign policy: a ‘mission impossible’
The Lisbon Strategy that flopped and other flawed projects
Legitimacy and Brexit
Some reasons behind the blunders and failures

PART VII: A STRAINED RELATIONSHIP. THE EUROPEAN COUNCIL AND OTHER EU INSTITUTIONS
The Commission – now subservient, or a more complex picture?
The shallow relationship with the European Parliament
The lost key role of the Council of Ministers
The increasing voice of the Court of Justice (ECJ)
Birth of a ‘Union method’ of decision-making: intergovernmentalism plus Community method

The European Council in the Era of Crises