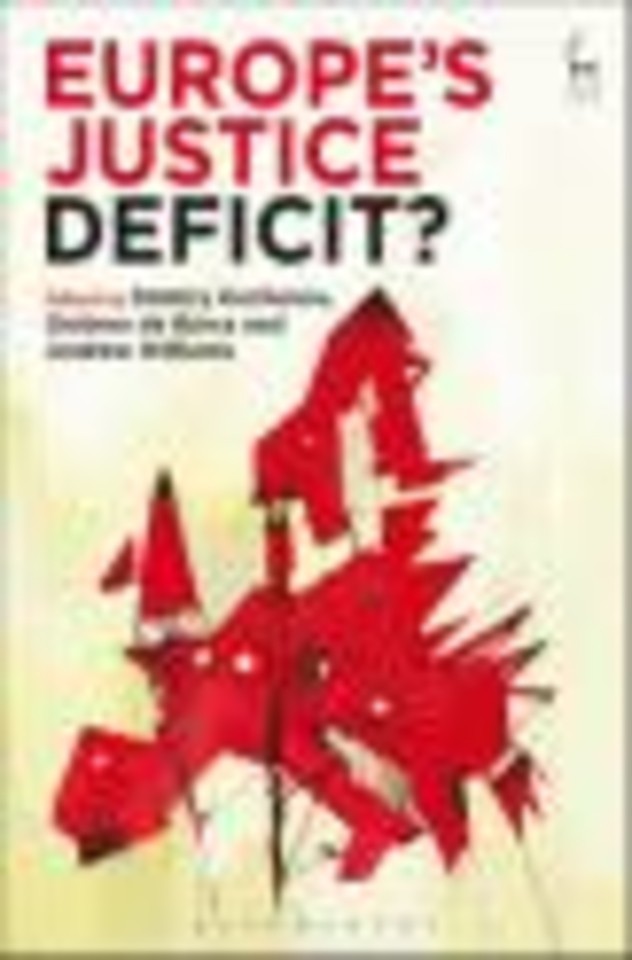 The legal and political evolution of the European Union has not, thus far, been accompanied by the articulation of any substantive ideal of justice going beyond the founders' intent or the economic objectives of the market integration project. This absence arguably compromises the foundations of the EU legal and political system since the relationship between law and justice remains largely unaddressed. This edited volume brings together contributions addressing both legal and philosophical aspects of justice in the European context.

There have been many accounts of the EU as a story of constitutional evolution and a system of transnational governance, but few pay attention to the implications for justice. The EU has moved beyond its initial emphasis on the establishment of an internal market, yet most legal analyses remain premised on the assumption that EU law still largely serves the purpose of perfecting a system of economic integration. The place to be occupied by the underlying substantive ideal of justice remains significantly underspecified or even vacant, creating a tension between the market-oriented foundation of the Union and the contemporary essence of its constitutional system. The critical assessment provided by this book will help to create a fuller picture of the justice deficit in the EU, and open up an important new avenue of legal research.

Dimitry Kochenov is Chair in EU Constitutional Law at the Univeristy of Groningen.

Gráinne de Búrca is Florence Ellinwood Allen Professor of Law at NYU. Previously, she held tenured posts at Harvard Law School, Fordham Law School, the European University Institute in Florence, Italy, and Oxford University. Her fields of research are European Union law and international human rights law. She is co-editor of the Oxford University Press series Oxford Studies in European Law, and co-author of the leading OUP textbook EU Law. She is co-editor-in-chief of the International Journal of Constitutional Law (ICON) and serves on the editorial board of the American Journal of International Law, Global Constitutionalism and Legal Studies. She was a President of the International Society of Public Law ICON-S from 2015-2018, and is a Corresponding Fellow of the British Academy