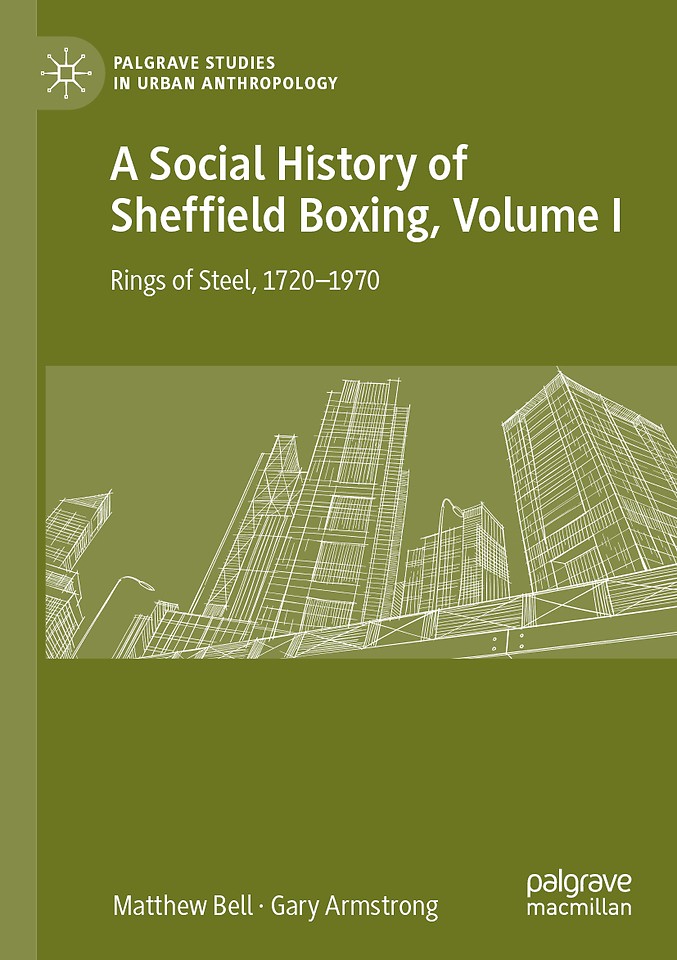 A Social History of Sheffield Boxing, Volume I

A Social History of Sheffield Boxing combines urban ethnography and anthropology, sociological theory and place and life histories to explore the global phenomenon of boxing. Raising many issues pertinent to the social sciences, such as contestations around state regulation of violence, commerce and broadcasting, pedagogy and elite sport and how sport is delivered and narrated to the masses, the book studies the history of boxing in Sheffield and the sport’s impact on the cultural, political and economic development of the city since the 18th century. Interweaving urban anthropology with sports studies and historical research the text expertly examines a variety of published sources, ranging from academic papers to biographies and from newspaper reports to case studies and contemporary interviews.

In Volume I, Bell and Armstrong construct a vivid history of boxing and probe its cultural acceptance in the late 1800s, examining how its rise was inextricably intertwined with the industrial and social development of Sheffield. Although Sheffield was not a national player in prize-fighting’s early days, throughout the mid-1800s, many parochial scores and wagers were settled by the use of fists. By the end of the century, boxing with gloves had become the norm, and Sheffield had a valid claim to be the chief provincial focus of this new passion—largely due to the exploits of George Corfield, Sheffield’s first boxer of national repute. Corfield’s deeds were later surpassed by three British champions: Gus Platts, Johnny Cuthbert and Henry Hall. Concluding with the dual themes of the decline of boxing in Sheffield and the city's changing social profile from the 1950s onwards, the volume ends with a meditation on the arrival of new migrants to the city and the processes that aided or frustrated their integration into UK life and sport.

Chapter 2: A Champion In Town

Chapter 3: The Attraction Of ‘Fisti-Cuffs’

Chapter 4: The Gloves Are On

Chapter 8: Make Do And Mend

A Social History of Sheffield Boxing, Volume I