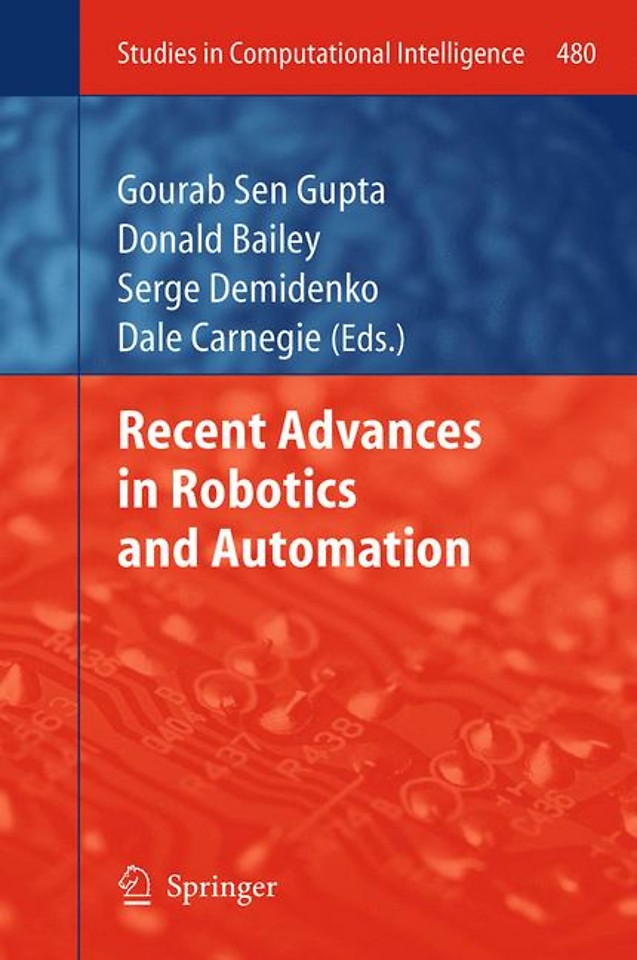 Recent Advances in Robotics and Automation

There isn’t a facet of human life that has not been touched and influenced by robots and automation. What makes robots and machines versatile is their computational intelligence. While modern intelligent sensors and powerful hardware capabilities have given a huge fillip to the growth of intelligent machines, the progress in the development of algorithms for smart interaction, collaboration and pro-activeness will result in the next quantum jump.

This book deals with the recent advancements in design methodologies, algorithms and implementation techniques to incorporate intelligence in robots and automation systems. Several articles deal with navigation, localization and mapping of mobile robots, a problem that engineers and researchers are grappling with all the time. Fuzzy logic, neural networks and neuro-fuzzy based techniques for real world applications have been detailed in a few articles.

This edited volume is targeted to present the latest state-of-the-art computational intelligence techniques in Robotics and Automation. It is a compilation of the extended versions of the very best papers selected from the many that were presented at the 5th International Conference on Automation, Robotics and Applications (ICARA 2011) which was held in Wellington, New Zealand from 6-8 December, 2011. Scientists and engineers who work with robots and automation systems will find this book very useful and stimulating.

Recent Advances in Robotics and Automation