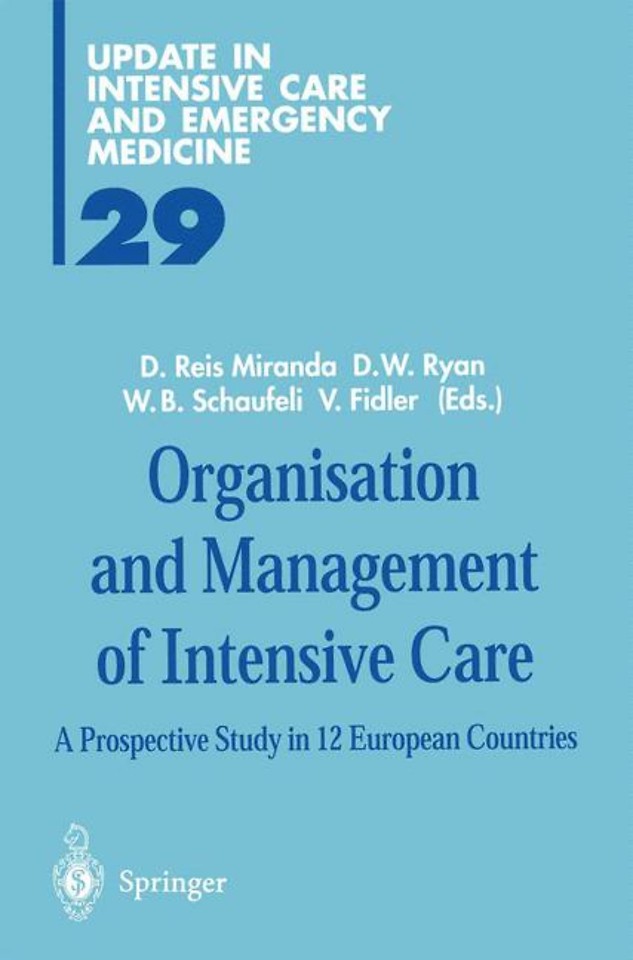 Organisation and Management of Intensive Care

A Prospective Study in 12 European Countries

From the viewpoint of a health economist, the intensive care unit (leU) is a particularly fascinating phenomenon. It is the epitome of "high-tech" medicine and frequently portrayed as the place where life-saving miracles are routinely wrought. But the popular imagina­ tion is also caught up in the darker side, when agonizing decisions have to be made to avoid futile and inhuman continuation of expen­ sive treatments. My analytical interests led me to approach these issues by asking what the evidence tells us about which leu activities are very bene­ ficial in relationship to their costs and which are not. This quickly translates into a slightly different question, namely, which patients are most appropriately treated in an leu and which not. Unfor­ tunately, it is very hard to answer these questions because it has pro­ ved very difficult to investigate these issues in the manner which is now regarded as the "gold standard:' namely by conducting rando­ mized clinical trials or alternative courses of action. I think this is a pity, and I am not at all convinced that it would be unethical to do so in many cases, because there is wide variation in practice and ge­ nuine doubt as to which practices are best -the two conditions that need to be fulfilled before such a trial is justifiable.

Organisation and Management of Intensive Care