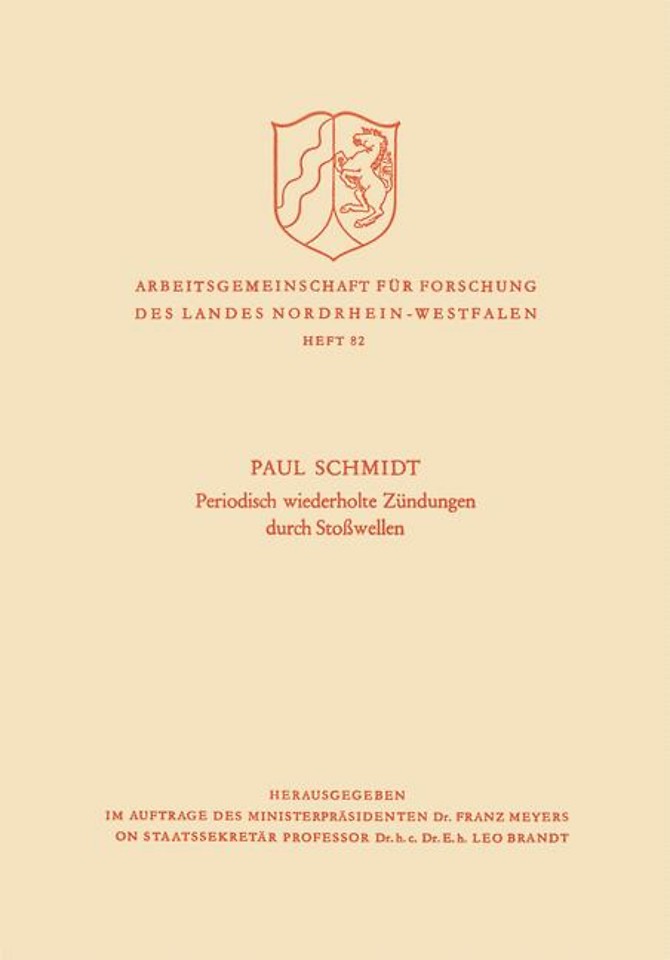 The temporal sequence of combustions occurring in tube-shaped spaces, which are open at one end, with oscillating gas columns reveals a charac­ teristic dependence on the natural oscillation of the gas column. This de­ pendence results from the igniting effects of a shock wave which forms at the end of the tube-shaped space during one perliod and moves towards the mixture. Theoretical studies based on the laws of gas dynamics do not clarify the igniting effect. It is, however, clarified when considering the shock from the point of view of gas dynamics and molecular kinetics. Since the ignitions proceed with high ignition velocities, considerable progress in combustion techniques can he made by using that type of igni­ tion. Ignition by means of shock waves is not only feasible lin oscillation spaces which are open at one end, but also in closed spaces. Of practical importance is the formation of resonance shock waves, which may be pro­ duced as plane, cyl