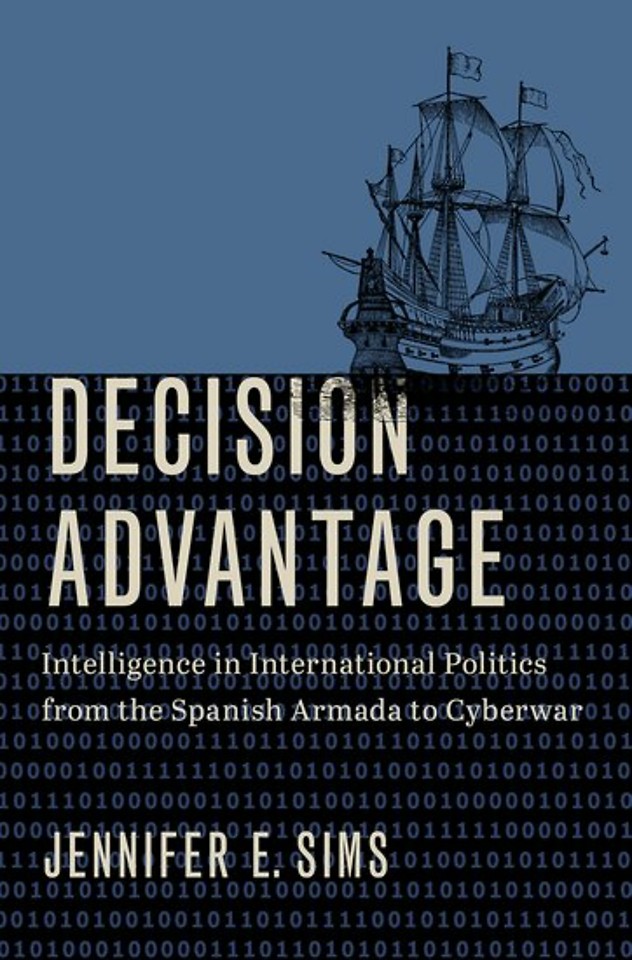 Intelligence in International Politics from the Spanish Armada to Cyberwar

A history of winning intelligence practices from the Spanish Armada to Cyberwar that offers timeless, practical lessons we ignore at our peril.

According to conventional wisdom, strategic surprise and other intelligence failures are both inevitable and ultimately irrelevant because, at least in international politics and war, military muscle matters more than brains.

In Decision Advantage, Jennifer E. Sims counters this argument by investigating the history of intelligence through centuries of international conflict, including the 16th Century's Spanish Armada, two US Civil War battles, the hunt for President Lincoln's assassin, and key diplomatic crises before the two World Wars. Sims dives deep into these events to show that the competitive pursuit of intelligence advantage has been a measurable, buildable, and consequential form of power that can help competitors win against otherwise stronger opponents. From these observations, the author develops a general guide to building intelligence readiness, whether for war, diplomacy, or international manhunts.

Refuting arguments that intelligence is a sideshow because intentions are unknowable and predictions risky, she redefines success as gaining information advantages over an adversary, prescribes four practical pathways for gaining them, and confirms what seems to be simple common sense: smart competitors know how to learn, and the ones who learn best tend to win. Thinking of intelligence in this way, Sims argues, adds a moral character to an enterprise that is too often mired in excessive secrecy and tyrannical agendas. By "lifting the veil" on international politics, Decision Advantage shows how good intelligence can lessen the likelihood of wars of misperception and folly.