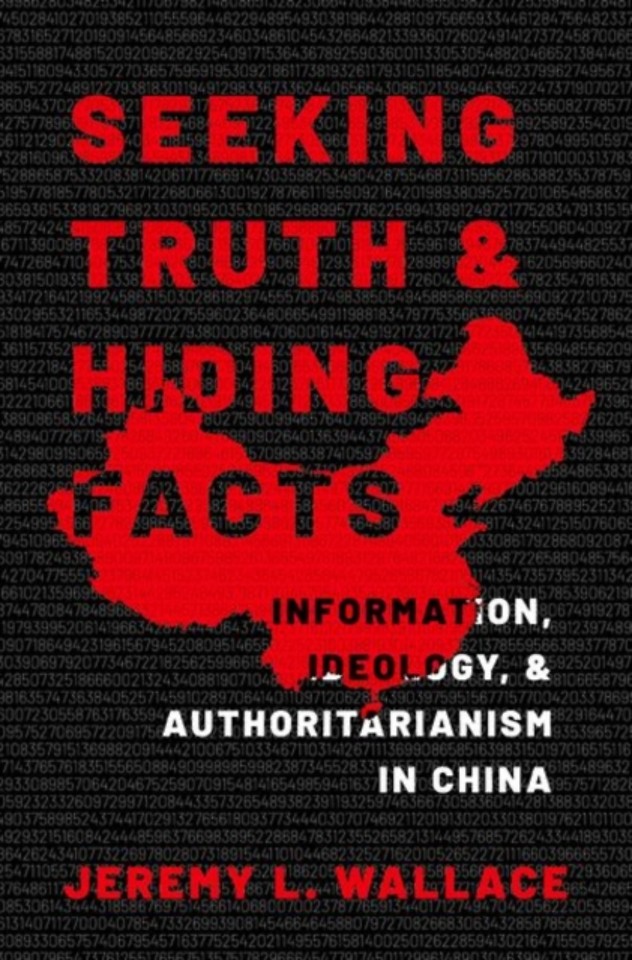 Information, Ideology, and Authoritarianism in China

A unique analysis of the numbers that came to define Chinese politics and how this quantification evolved over time.

For decades, a few numbers came to define Chinese politics-until those numbers did not count what mattered and what they counted did not measure up. Seeking Truth and Hiding Facts argues that the Chinese government adopted a system of limited, quantified vision in order to survive the disasters unleashed by Mao Zedong's ideological leadership. Jeremy Wallace explains how that system worked and analyzes how the problems that accumulated in its blind spots led Xi Jinping to take drastic action.

Xi's neopolitical turn—aggressive anti-corruption campaigns, reassertion of party authority, and personalization of power—is an attempt fix the problems of the prior system, as well as a hedge against an inability to do so.

The book argues that while of course dictators stay in power through coercion and cooptation, they also do so by convincing their populations and themselves of their right to rule. Quantification is one tool in this persuasive arsenal, but it comes with its own perils.