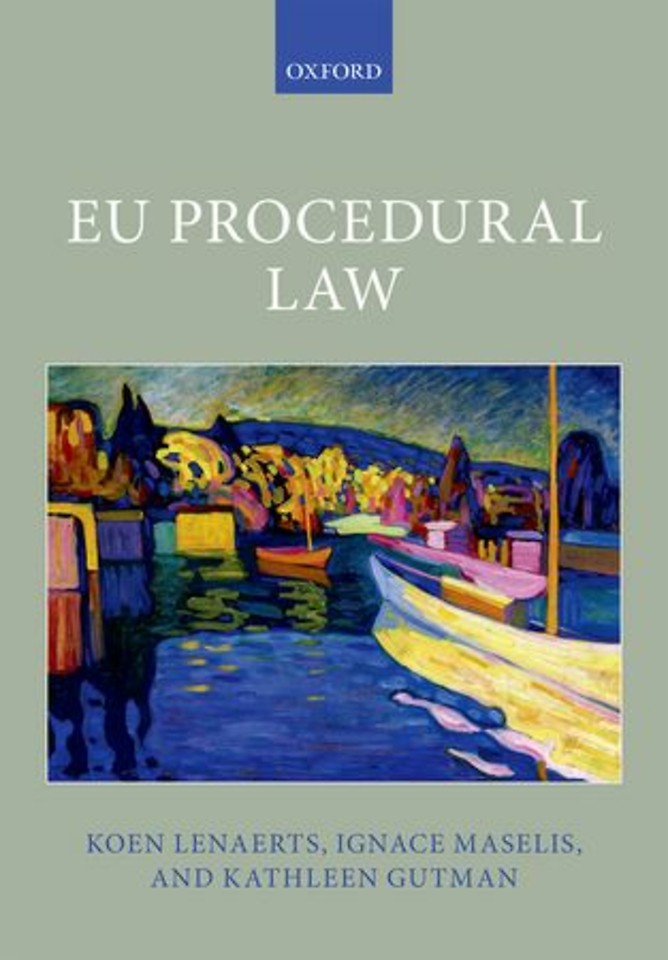 Koen Lenaerts is a Judge of the Court of Justice of the European Union since 2003 and Vice President of the Court since 2012.

This book provides a rigorously structured analysis of the EU system of judicial protection and procedure before the Union courts. It examines the role and the competences of the Union courts and the types of actions that may be brought before them, such as the actions for infringement, annulment, and failure to act, as well as special forms of procedure, for example interim relief, appeals, and staff cases. In doing so, special attention is given to the fields of EU competition law and State aid. In addition it evaluates the relationship between the Court of Justice and the national courts through the preliminary ruling procedure and the interplay between EU law and the national procedural frameworks generally. Throughout, it takes account of significant institutional developments, including the relevant changes brought by the entry into force of the Lisbon Treaty and the amendments to the Statute of the Court of Justice of the European Union and the Rules of Procedure of the Court of Justice and the General Court.

Koen Lenaerts is a Judge of the Court of Justice of the European Union since 2003 and Vice President of the Court since 2012. He was a Judge of the Court of First Instance of the European Communities. He is also a Professor of EU Law at the University of Leuven. Among his extensive scientific activities, he is a member of the boards of several internationally recognized legal journals, the Board of Trustees of the Academy of European Law, Trier, and the Advisory Council of the British Institute of International and Comparative Law.

Dr. Kathleen Gutman is an American-trained lawyer specialising in EU and International Law and the comparative study of EU-US law. She has been awarded several advanced legal degrees from American and European institutions, including a J.D./LL.M. in International, Foreign, and Comparative Law from Duke University School of Law, as well as a M.A. in European Studies and a Ph.D. in Law from the Katholieke Universiteit Leuven. She has also worked as a summer associate in the Brussels office of Van Bael & Bellis and as a litigation associate in the New York office of Jones Day.

PART I: THE JUDICIAL ORGANISATION OF THE EUROPEAN UNION
2. The European Courts
3. Cooperation between the National Courts and the Court of Justice: The Reference for a Preliminary Ruling
4. National Procedural Autonomy, Equivalence, and Effectiveness

PART II: ENFORCEMENT OF UNION LAW
5. The Action for Infringement of Union Law by a Member State
6. Preliminary Rulings on the Interpretation of Union Law

PART III: PROTECTION AGAINST ACTS OF THE INSTITUTIONS
7. The Action for Annulment
8. The Action for Failure to Act
9. The Objection of Illegality
10. Preliminary Rulings on the Validity of Union Law
11. The Action for Damages against the Union
12. Application for an Opinion on the Compatibility with the Treaties of an International Agreement to be Concluded by the Union